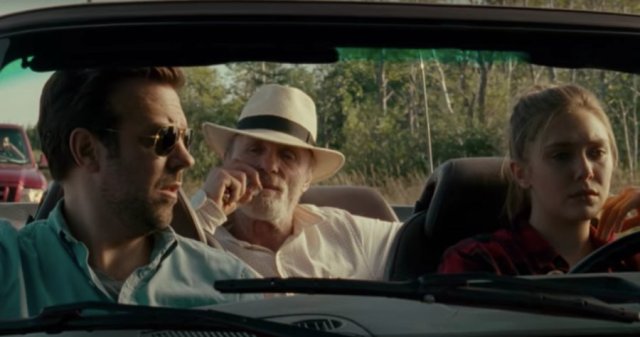 Some movies are so on the nose that you watch them fighting the feeling that you’ve already seen them.

But if the dialogue is clever enough and the cast is companionable, they can fit neatly into way most of us define “Netflixable,” that is “a movie I wouldn’t travel/pay to see,” ut one I wouldn’t mind sitting through if it’s on the Netflix menu.

That’s how “Kodachrome” wound up on Netflix. A film festival movie with wizened Ed Harris playing a legendary photographer, Jason Sudeikis as his estranged son and Elizabeth Olsen as the nurse who helps convince the kid to take dad on a road trip, virtually every thing about it inspires “deja vu.”

The object of their quest? That little shop in Kansas that is/was the last place in America to process Kodachrome film. The newspaper story about it was notorious enough that it inspired many TV imitations of it. The reason Ben has to get there before he dies? These old rolls of film he never got developed, that somehow will impact his legacy. Can you guess what they’re of just by the plot description?

Hell, even the car they take is a cliche — a Saab 900 Cabrio, featured in many a road trip sequence before and after “As Good as It Gets.”

But the cast is inviting and the dialogue crackles with every bitter, cutting exchange. Well, mostly.

“You’re slow, man,” the perfectly scruffed lead singer declares, and with that Matt is out of a job. Or will be, if his fast-talking promise to the CEO to poach a bigger band from another label doesn’t pan out.

Enter Nurse Zoe. She cannot talk him into the road trip she has in mind (These movies always find some BS reason for why the traveler cannot fly, only the one in “Rain Man” is believable.). She can’t even finish her pitch without him having her tossed out.

But Olsen is pretty enough and compassionate enough to make this line work.

“He’s dying. You should see him one last time.”

He may be, his son says to his indifferent, selfish father’s face, “a desperate old man trying to manipulate some BS redemption” for himself. But he’ll be gone, soon, right?

Harris and Sudeikis are both veterans at playing a——s, and that gives their exchanges the feel of a balanced boxing match. Every cutting remark would draw blood when delivered to anybody less unpleasant. Each actor’s baggage lets us buy them as apple and tree. There’s no moist-eyed reunion here.

Even Ben’s stop-off at his equally-estranged brother’s house has the crackle of a sentimental refusal to be sentimental.

“You must be dying,” that brother (Bruce Greenwood) blurts. 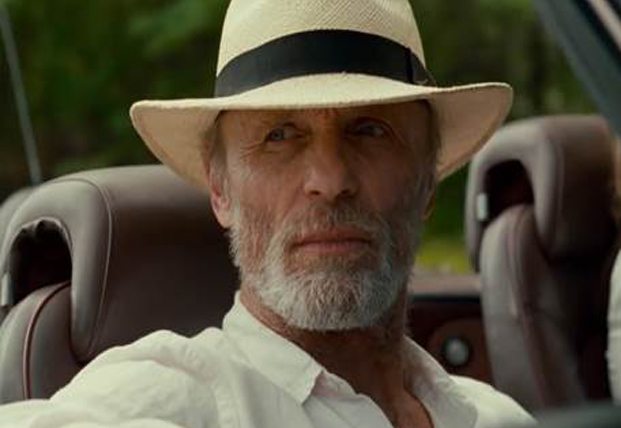 Director Mark Raso won a student Oscar for a short film a few years back. Surely he recognized the treasure trove of cliches in this Jonathan Topper script.

The Nurse sizes up Matt by virtue of her “years” around men, the whole “let your guard down” speech ensues.

The Record Guy sizes the Nurse up by guessing her taste in music as they rummage through the record collection in the bedroom he grew up in. Yeah, there’ll be a moment when they sing along to a song that’s part of that conversation.

The illness? A cough, here and there, but as we’ve met the muscular and robust Harris pounding away at his son’s drum kit, reminders of impending death have to be spaced out, delivered right at the end of the second act, setting up redemption in the third.

The tipping point in Matt’s decision to make this trip he’s sworn he would never make is provided by an outside figure (Dennis Haysbert) who just so happens to have information about Matt and influence over Matt’s actions.

Seriously, you can’t make this stuff up. Or shouldn’t. Because, you know, 746 other screenwriters got to it before you.

But it’s not an unpleasant watch, on the nose or not. Olsen has a sexy calm about her, Sudeikis, so easy to dislike by virtue of the roles he plays and the cruel, smartass glint always in his eyes, is softening a bit as his career reaches middle age.

The reason formula pictures use a formula is because that formula has been proven to work. Don’t expect the surprises to surprise and you won’t be disappointed.