Just a couple of days ago the evolutionary biologist and religion-debunking gadfly Richard Dawkins, whom I follow on Twitter, tweeted the hopeful thought that some British personage making a statement the world was taking seriously heralded “the return of the expert to the national conversation.”

To which one can only snort, “Hear HEAR.”

As the “#panDUMBic” erupts in an America and a planet weakened by anti-science know-nothingism and a sort of “Revenge of the Nitwits” — Centers for Disease Control defunded; politicians callously ignoring the human cost of a pandemic by fretting only about “the markets;” cronies, myopic religious fanatics, hacks and blinkered industry insiders in charge when the Corona comes calling — it’s a relief to catch a lively and engrossing genetics documentary filled with experts, highly educated people who give many sides of a serious scientific issue without the shouting shallowness of cable TV weighing in with all they don’t know.

“Human Nature” is a history of the rapidly evolving world of genetic science and the promise and potential horrors of “genetic editing.”

Archival footage frames Adam Bolt’s film and peppers its many interviews, shifts in subject area and points of view. And a speech at Cal Tech in 1966 by biologist Robert Sinsheimer, decades before he advocated for a Human Genome (decoding) Project, welcoming his “fellow prophets” with a few thoughts about “the potential for disaster” in misuse of the growing knowledge of DNA and how to manipulate it, kicks off the film.

We meet a smart and thoughtful tween named David Sanchez as he undergoes blood transfusions for his sickle cell anemia. His will be a disease dangled in front of the viewer as “Human Nature” unfolds, the sort of coming-soon breakthrough that will be treatable in the “Brave New World” of gene editing.

The greatest scientists in the field discuss the process of decoding, the discovery of CRISPR (clustered regularly interspaced short palindromic repeats) explained by the Spanish scientist (Francisco Mojica) who was one of the first to recognize this key to the code, and key to future genetic editing.

Jill Banfield and David Baltimore and many others go over potential breakthroughs and pitfalls with the dispassion of academics. Fyodor Urnov speaks of being “at the foot of a very tall mountain,” for which “we may not even have the right climbing gear” to ascend.

Grinning eager beavers at eGenesis, a “garage” start-up founded by Luhan Yang, enthuse at the “Let’s see what we can do” possibilities of gene editing for profit because “there’s a revolution going on.” 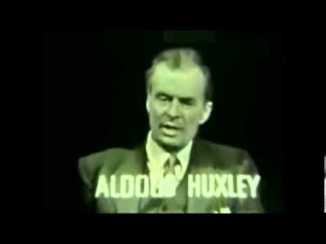 Yes, “Designer babies” are discussed, with some academics suggesting codes of ethics for what should be allowed and some for-profit private sector backed folks pooh-poohing concerns, which they are wont to do.

“Eugenics” got a bad name, some say, even as others are quick to remember how it was hijacked by the Nazis (propaganda film footage bears this out) and applied to mental patients in Virginia for much of the 20th century.

The lighter touches in “Human Nature,” which lists Dan Rather as a producer, come from scientists who are all “Big Bang Theory” extras at heart — referencing sci fi books and movies to make their points. Will we accept a positive vision of how this hurtle towards the future turns out (“Star Trek”) or a dystopic one (“Blade Runner”)?

Several scientists remark on the speed with which this “revolution” is unfolding with concern and hope that ethics and codes of conduct will be formed within their community before China — where twins had their genomes edited “as an experiment” in 2018 — or some other entity makes Huxley’s prediction of genetic “horrors” comes true.

Then there is the grandfatherly face and voice of lawyer and bio-ethicist Hank Greely is here to put all this plant-editing/livestock altering in perspective, as reassuring as any expert in a field and a film stuffed with them.

“We have been messing with nature ever since we came down from the trees.”