Movie Review: The sights dazzle, “Frankie” does not

Posted on November 14, 2019 by rogerinorlando 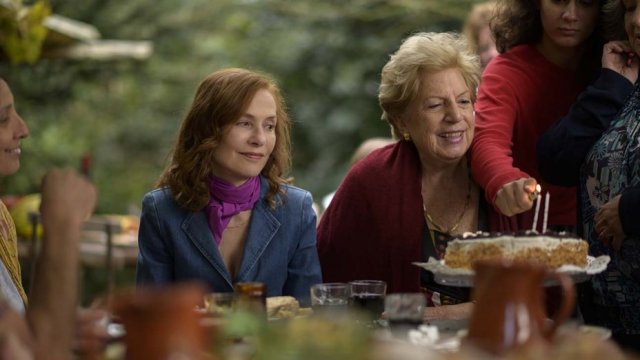 An ageing actress summons her extended family to scenic Sintra, Portugal, in “Frankie,” a lovely but downbeat and dull showcase for Isabelle Huppert, who has the title role.

You’d think that with a husband, ex-husband, stepdaughter who is contemplating divorce, a son who isn’t the closest to her and a rebellious step-granddaughter about to head off to college, the filmmakers could manage a few sparks, some confrontations — something out of this set-up.

But not really. Director Ira Sachs makes chatty, relationshippy melodramas, for the most part — films that often have gay texts, subtexts or merely a character or two. While “Love is Strange” and “Little Men” or “Keep the Lights On” have their acting moments and other virtues, they are conflicts in a minor key. Not enough happens.

“Frankie” is filled with absurdly frank confessions and moments of over-sharing as a stellar cast breaks up into pairs for scenes that don’t so much go anywhere as flesh in the back stories in front of one of the loveliest tourist towns on The Continent.

Frankie is married to Jimmy (Brendan Gleeson), divorced from Michel (Pascal Greggory), who is the father of prickly, lonely Paul (Jérémie Renier).

Frankie would like to fix Paul up with her favorite on-set hair stylist, Ilene (Marissa Tomei). But Ilene’s shown up with her second unit cinematographer beau, Gary (Greg Kinnear). And he’s all about making their relationship permanent.

“We’d have two homes. We don’t need more than that!”

Sylvia, or Vivi (Vinette Robinson) is Jimmy’s daughter from an earlier relationship. And she’s thinking about divorcing Ian (Ariyon Bakare). They’re British, and daughter Maya (Sennia Nanua) is headed for college, and somewhat trapped in the middle of their very civil, almost loving break-up.

Nobody seems all that thrilled to be here, save for the New York film couple. And they “don’t know.” 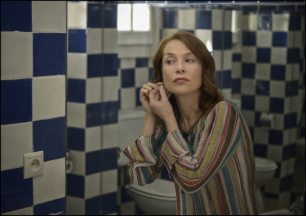 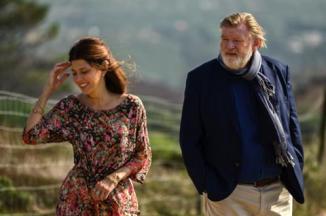 We can guess what’s going on, with the hired-guide pointing them to this or that “miracle fountain,” siblings fussing over jewelry and estates and financial stuff.

It’s just that everybody is too self-absorbed to work those “issues” out. All this pairing up just gives the Michel the chance to admit that Frankie divorcing him was the best thing to ever happen to him.

“I met Thierry, and I finally let myself fall in love with a man.”

Maya meets a Portugeuse boy who tells her much of his life story on a trolley ride to the beach.

Even the guide gets in on it — “Sometimes, I don’t even know why I stay married.”

The awkward moments have a light dramatic charge; the way Ilene tries to brush off Gary’s proposal, Paul’s little anecdote about the origins of the lifelong friction with his mother.

Huppert plays a character with “playing cupid” on her mind, among other things. The odd lightly amusing line and a couple of fatalistic ones are all Frankie has to offer her. She’s the fulcrum around which the other tales pivot, and there’s not enough to her.

The spark of her being scolded by her granddaughter for swimming in the villa’s pool in the opening scene — “They can take PICTURES.” “That’s OK. I’m very photoGENIC!” — is about as lively as the role, or the movie that follows, gets.