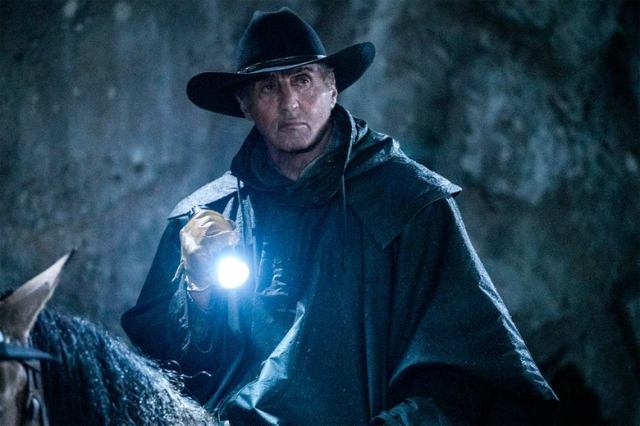 What an odd place Sly Stallone has taken John Rambo in his dotage.

In “Rambo: Last Blood,” the traumatized VietNam vet, always reluctant to fight, efficient quasi-psychotic killing machine never daunted by the odds, is a retiring horse farmer on the Arizona/Mexican border.

He lives in a nice ranch house, decorated with the medals and memorabilia of the soldiering past he was so haunted by, with a housekeeper (Adriana Barraza) and a niece who’s been his ward (Yvette Monreal).

Oh, and guns. Lots and lots and lots of guns, to go along with his usual bows and “Damascus steel” knives (he forges his own) by the bushel basketful.

And uh, he’s tunneled under the place. Lots of tunnels to, you known, remind him of his days fighting the Viet Cong underground, a “Lurp” (Long Range Reconnaissance Patrol) loner trained to slaughter.

So yeah, maybe this is precisely where he’d end up.

The movie? Revisiting one of the most violent screen creations of his career requires him to up the ante from his ’80s, Italian-maned mayhem machine. Gory. This is a Trumpist vision of the border country, a fascist snuff film.

The ethos, “What if you CAN’T move on?” from his past, his trauma which he’s “just trying to keep a lid on every day,” is the same. But even now, reduced by age, most comfortable on horseback (a nice, show-boaty opening scene in a corral that hides the stunt work, if indeed he even needed a double), John Rambo can be triggered.

The college-bound niece crossing the border — “Why’d you want to do that?” — to find the father she never knew, kidnapped by a drug-and-sex-trafficking led by The Martinez Brothers (Sergio Peris-Mencheta, Óscar Jaenada), a “rescue mission” that includes the requisite savage beating and cutting that no 70something Vietnam Vet would survive without an airlift, the help from the cliched “independent journalist” (Paz Vega)?

That’s what sets our old man in “No Country for Old Men” off. Let the slaughter begin.’ 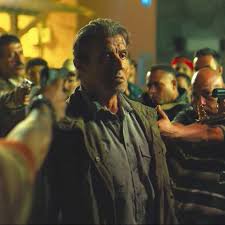 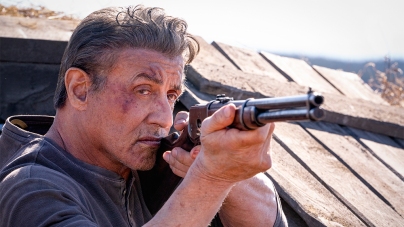 The insanely violent Mexican borderlands, where North America’s endless appetite for drugs ripples all the way from the First World to the Second (Mexico) on down the continent and into the Third, is as good a place as any to park Rambo.

The acting ranges from adequate (the women) to dismal (assorted villains, starting with the girl’s father). “Psychotic” has many shades. Not here.

And the bloodletting, and long preparation for it in the finale, is something to see — and avert your eyes from –144 ways to die. It starts out nuts, and leaps far beyond it by the time the credits roll.

“Last Blood?” Let’s hope so. Action Stallone may never act his age, but he seems much more at home in the direct-to-streaming C-movies I’ve been seeing him in these past couple of years.