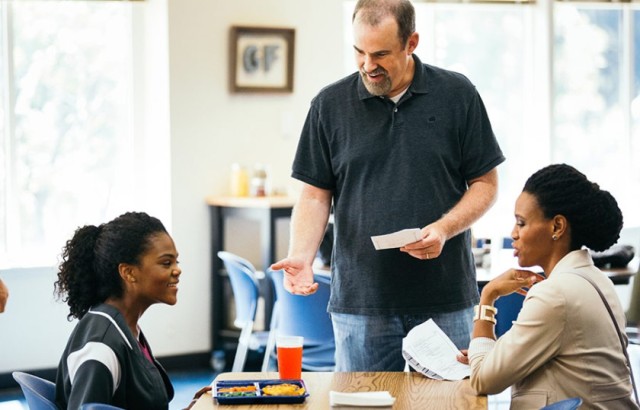 As I write this, there are half a dozen reviews of “Overcomer” posted on the review aggregator website Rotten Tomatoes, even fewer on Metacritic.

And I get it. Whatever you say about the films in terms of writing, directing, acting and just “quality,” people take a bad review of a faith-based film as an attack on their faith, an affront. Who needs the “You just don’t get it” or “I’ll pray for you” complaint mail?

I’ve always found the movies by Georgia’s preacher/filmmaker Kendrick brothers harmless tear-jerkers, politically-muted proselytizing which — considering the state of Southern Baptists these days — is in itself a blessing.

And the films have an audience, so I’ve tried to catch every one of their releases after missing their debut feature (“Flywheel”) — the sports drama “Facing the Giants,” “Fireproof,” “Courageous,” and “War Room.”

Approach them as genre features, take notes on the script, the performances, the caliber of actors they’re able to enlist. Listen for more sophisticated dialogue, look for more polished direction, search for signs they’re growing as filmmakers.

It’s the same tack I took, ages ago, with Cheech & Chong movies, with Chuck Norris or Tyler Perry’s careers. Like those other examples, these aren’t film school alumni, they’re two of the pastors at Albany, Georgia’s Sherwood Baptist Church. Are they learning their craft, moving beyond Kendrick Brothers and “Christian conservative” branding and realizing there’s more to a movie than messaging?

The films have never been less than competent. The stories have something of an arc, obstacles for the heroes/heroines to overcome. Scenes are pieced together with coherence and order, and music grows in importance with every release.

But “Overcomer” is, I think, their worst movie. And these guys once hired Kirk Cameron.

It’s about what one must “overcome” in life to achieve your goals, and what you overcome when you find your way to Jesus.

An orphaned 15 year-old Hannah (Aryn Wright-Thompson) who broods, keeps to herself and steals, is new to Brookshire Christian School in Franklin.

Nowhere is it mentioned that the school’s tuition might be a luxury newly-unemployed folks cannot afford.

Coach Harrison has to double up, take on another sport. Cross country it is. Principal Brooks (Priscilla C. Shirer) must have seen “McFarland, U.S.A.” I dare say the Kendricks did.

Hannah loves to run, much to Coach’s chagrin.

One more thing for Hannah to overcome.

Oh, and Coach stumbles into her blind, dying dad in the hospital while on a church visit to the sick. Hannah thinks her Dad (Cameron Arnett) is dead. That’s what the grandma who raised her always said. Would she like to see him, see that he’s Saved?

This movie, more than earlier Kendrick pictures, seems to exist in a bubble where kids still say “Yes sir” and “No sir,” where marital conflicts are contrived and never as big a deal as the characters seem to think and are resolved with “We need to pray,” where sibling rivalry doesn’t exist.

Insipid is the word for that, all of it.

The drama has a solid grounding in reality, but the jokes play like watered-down lemonade, from Coach/Dad who’s delusional about his physical condition to the flamboyant drama teacher who uses Coach and the cafeteria lady to judge dramatic presentations.

Showing how tolerant we are? Not a bad idea, just shoehorned in too obviously to work.

“Why would ANYbody do this?” is a running gag about running cross-country, 5K races that test lungs and your ability to hold your lunch, if you’re not in shape. 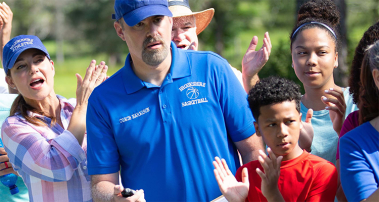 The acting is stiff and static — player after player standing stock-still, too-often blank-faced, delivering speeches, too many of which go on past their payoff.

The leads are so flat and bland that the odd moment of tears or fire from supporting players is almost rattling. Not powerful, exactly. Just rattling.

Scenes reach whatever climax they have in them, and go on and on.

There’s not a “name” in the cast. Every time I see Alex on screen, I think of the legal joke about a defendant who represents himself. If the parts were any good, wouldn’t somebody else want to play them? Sure, it saves money. But if you’re not exercising vanity, why wouldn’t you let pride take precedence? Wouldn’t you want a better actor saying your lines?

They must like their independence. Like Spike Lee in his years in the wilderness, they don’t want their writing, blocking, acting and directing criticized by people who have been around the movie block a few times.

It’s no more hateful than any other film in their canon. But there’s just nothing here.

Even as comfort food for true believers, “Overcomer” cannot overcome its myriad shortcomings.