Movie Review: “Once Upon a Deadpool”

Posted on December 12, 2018 by rogerinorlando 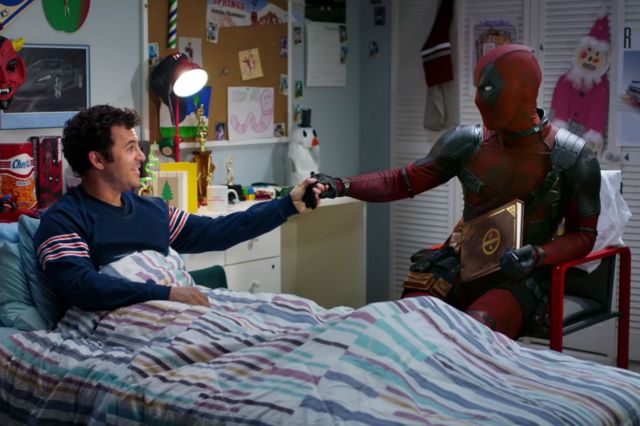 Burn through ol’Deadpool’s pool of goodwill with a joke taken too far, a shameless money-grab for the holidays.

The trailers were the highlight of “Once Upon a Deadpool,” a “Princess Bride” re-cutting of the R-rated violence and vulgarity fest that is “Deadpool 2” into a less vulgar (somewhat) PG-13 Xmas season limited release.

They’re funny, and some of us (me included) can never get enough of Ryan Reynolds’ jokey, best-joke-on-set-wins take on the character and the way he promotes the Canadian daylights out of these pictures.

But as everybody EVERYBODY who reviews it is going to say, these little inserts — Deadpool kidnapping and reading the story to the adult (and funny) Fred Savage in bed on his childhood “Princess Bride” bedroom set — was never going to be anything other than a cute added feature for home DVD release.

The inserts are almost all funny, but they stop the picture dead in its tracks. Repeatedly. They ruin the flow, such as it was, and cleaning up the language and throwing alternate jokes (you can see, when Reynolds isn’t in the character mask, him mouthing “the f-word” and other profanities when we’re hearing “hell” overdubbed) doesn’t improve the viewing experience.

Maybe as a drinking game. Which is again, for home video viewers.

I’m going to keep this short as I’ve already reviewed (and liked) “Deadpool 2.” But as I am the professional in the (screening) room — I took notes. So, a few Dead/Kid “Princess” highlights, if you please.

Savage: “You KIDNAPPED me?”

You’ve seen the “Yeah, but it’s not REALLY Marvel — Marvel licensed by Fox” joke. Which leads into the Nickelback vs. the Beatles riff that so tickled the Internet. 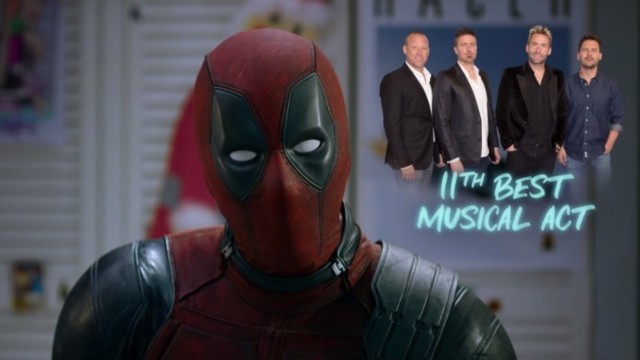 There’s funny deconstruction of the Marvel “multiverse” obsession, much of it provided by Savage (who holds his own with Reynolds, no mean feat). The “lazy writing” riffs that were already in the movie are expounded upon, especially the idea of “reducing the (love interest) to simple (formulaic comic book movie) plot devices.”

There’s a profane chorus singing a profane ode to the character Juggernaut in the third act, which I don’t think was in the original version of the film.

They give Deadpool control of the “bleep” button, because Savage is inclined to go over their “f-bomb” limit, thanks to being kidnapped, duct-taped to a kids’ bed and all.

“EASY there, Sugar Mouth! The only F-word we’re using around here is…FRED Savage!”

The framing device makes the whole thing play like a testier “Mystery Science Theater 3000” take on the movie.

Which is fine. For an added feature on your BluRay disc.

But if you want to bring the drunken party with your friends to the theater (Fudge Cancer gets a portion of the proceeds), be sure to pick a multiplex that serves alcohol. And designate a driver. Uber’s a business model that could crash and leave you stranded just as you’re exploiting the sucker-driver you’ve summoned to take you home.