Documentary Review: Uncovering the life lived at “306 Hollywood” in Newark 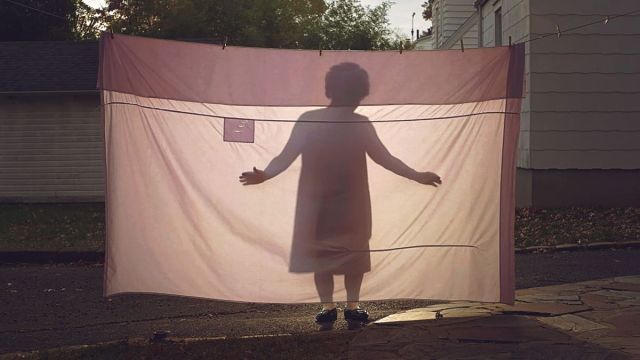 The nature of memory, its organization and how we hang onto recollections of lost loved ones is what “306 Hollywood” is about.

It’s an almost insufferably esoteric documentary made by two siblings, dissecting, digging and reconstructive the life of their late grandmother by plumbing the depths of what she held onto in her house, 306 Hollywood Avenue, Newark New Jersey.

Elan Bogarin and her brother Jonathan Bogarin visited this home for decades growing up. As adults Elan took to filming interviews with their grandmother every year for the last eleven years of her grandmother, Annette Ontell’s, life.

A week after their grandmother’s death, they helped their mother start to clean out the house. And that’s how their movie began. In the humdrum detritus of broken but not tossed out vacuum cleaners, drawers of hosiery, a rainbow of toothbrushes, out of date Gefilte fish and stacks of re-purposed BandAid boxes, they saw a life.

And as they’d heard (allegedly) from their funeral director that they had eleven months to make contact, to get her spirit to “manifest itself” in the house where she’d lived. they got to digging.

“Somehow, what she says makes some sense,” Elan narrates.

Jonathan notes “another strange thing that happened…a portal opened in her kitchen.” No, not literally. Just a trick of memory, and a way for Jonathan to humbrag about studying art history in Rome. He gets a mention of his marriage in Japan in, too.

With reenactments and recreations, a scale-model doll house and endless tracking shots through rooms and closeups of false teeth and girdles, furnishings and photos, they set out to burn into memory — or digital video — their grandmother, who lived in this very house from 1944 to 2011.

“I used to love to eat big chunks of butter — that’s vitamin A!” Annette blurts out, at one point. She tells tales and anecdotes and answers, over the years of interviews, dozens of questions.

“Grandma, are you vain?”

Her granddaughter talks of Annette as “a fashion designer,” although dressmaker seems closer to the mark. She created one-off dresses for the unnamed “wealthy,” and made copies of each dress for herself with the leftover pricey fabric. A one point, a chorus line of dancers parades her simple, sometimes elegant designs on Annette’s former front lawn, women in girdles dancing and holding up the dresses. At another, Elan enlists her mother Marilyn to squeeze Grandma into one of those old dresses, hysterically funny to Marilyn, kind of “Whose grandmother would DO this?” to anybody else.

We see a lifetime of paperwork, Elan sitting legs splayed on the floor with a shredder between her knees, destroying decades of letters, cards, canceled checks and tax returns, even Annette’s personal phone book.

A physicist they talk to says “a house is a universe, an entire world.”

A fashion conservator describes the past she can summon up just by going over Annette’s dresses. An archaeologist discusses “digging” and an archivist talks of “cataloging,” the first step in that line of work’s role in remembering the past.

Archaeologists reconstruct the past of what they can find of it. Archivists decide what from the past is most important, most telling and worth preserving.

As the siblings, co-narrators, ponder the problem of “scale,” off “big history and small history,” we see them cataloging to beat the band, and pondering the details of this life and its place within their family.

But what ruins the film for me is what they aren’t doing  — archiving. There’s little selecting, singling out. This is an unremarkable life. And as much as their potty-mouthed mother, Marilyn, cackles and curses on camera about the ridiculousness of their film enterprise, you wish to heaven there’d been a nihilist in the family. Where’s that one voice saying “It’s all nothingness. Memory is fleeting. Sell the damned house and move on.” 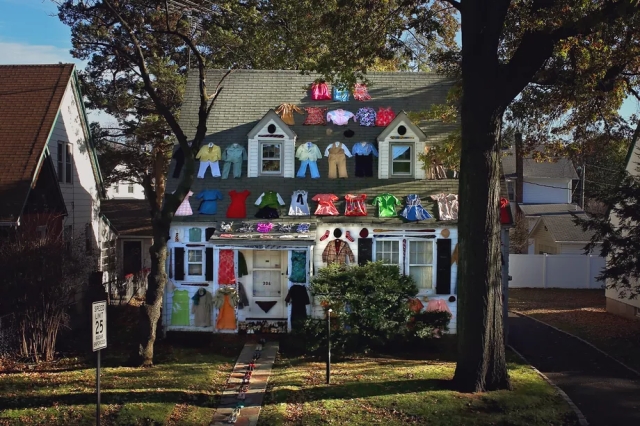 I appreciate the exercise, the craft of lip-synched reenactments, the production design. But find the execution here grating. The universal truths are banal, the narcissistic navel gazing in this episode of “Hoarders” just inspires eye rolling.

“306 Hollywood” is a home movie best left to the home it was shot in.