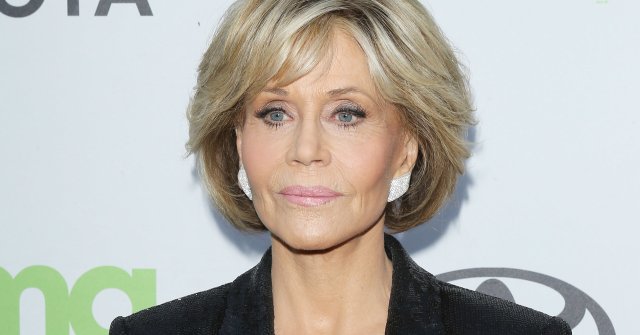 HBO’s Jane Fonda documentary, “Jane Fonda in Five Acts,” doesn’t tread lightly on the controversy that still swirls around “Hanoi Jane.” It jumps right in, playing a tape from the Nixon White House, with the disgraced president himself getting the first lines in this mostly “in her own words” biography.

“What in the world is wrong with Jane Fonda?”

Fonda’s stance on the Vietnam War and her infamous visits to Hanoi, even posing on a North Vietnamese anti-aircraft gun, dominate the middle acts of “Five Acts.” It’s an inclusion not designed to lure in the haters (fat chance) or even calm the still-troubled waters surrounding this chapter of her life. The many TV clips sampled in “American Masters” mainstay Susan Lacy’s film show Fonda apologizing, repeatedly, on chat shows, “60 Minutes,” seemingly everywhere– for DECADES — for that last stunt.

She can’t really use the “just a kid” excuse that many a “youthful indiscretions” blaming politician or Supreme Court nominee can trot out. She was 32, had grown up fast in Hollywood, lived and worked in France and only become radicalized in an Age of Radicals by watching coverage of the Tet Offensive and the police riot of the 1968 Chicago Democratic National Convention.

But as Lacy’s film makes clear, as much as perceptions and misconceptions about her politics have dominated opinions of her in a small corner of the populace, that’s just one act in an extraordinary life, one Fonda and a few (always friendly) critics of her persona willingly dissect in “Jane Fonda in Five Acts.”

You think you know Jane? Probably not. Lacy’s impressively thorough film forces anybody willing to watch it to reconsider her, measure her life’s work and legacy against that of her iconic father and appreciate the screen legend and cultural force she has been.

Here she is at the end of her teens, doing live TV “drop in” appearances as a young fan of Lux, popping up on “What’s My Line?” and posing for “staged” family picnic photos with her frosty, aloof womanizing father, mentally ill mother and her always supportive brother Peter.

“I grew up in the shadow of a national monument,” she narrates. Father Henry Fonda’s “Midwestern values, stand up for the underdog” were reflected in his most famous films, “The Ox Bow Incident,” “12 Angry Men,” “Mister Roberts” and especially “The Grapes of Wrath.” He made himself”the ace of the America he wanted to believe in.”

What did his daughter come to stand for? Consider — she turned her back on Hollywood fluff during the mid-60s, went to France, married French director Roger Vadim and worked in artier films and the straight-up exploitation piece “Barbarella” for famous French filmmakers, including Vadim.

She became radicalized and devoted years to opposing the Vietnam War, supporting the Black Panthers, equal rights and economic equality.

Those famous hot-selling workout videos? Millions earned on behalf of a political cause she and then-husband Tom Hayden (one of the Chicago 7, California politician and activist), organizing people on behalf of economic equality. MILLIONS.

Her films, the projects she shepherded onto the screen back then? “Coming Home,” about the trauma of war for homecoming veterans, the soul-searching many of them did, in anguish, “The China Syndrome,” which one TV wag at the time used to label Jane “The Cassandra of the Nuclear Holocaust” as it arrived mere weeks before Three Mile Island, an event it predicted and then “explained” it as she remembers it, what happened to people who weren’t getting that information from the evening news.

Even “Nine to Five” was YEARS ahead of the curve, championing flex work schedules, equal pay for women, decrying sexual harassment well before the Clarence Thomas hearings put it on the national radar.

So when the equally aged Dick Cavett, a 1970s liberal talk-show host who (gently) chided her for her politics back in the day, doubles down on that critique, as Lesley Stahl or Barbara Walters hits her with the money question, if she is “ashamed of who you were before,” you can understand the hesitation.

Her award winning roles are sampled, her iconic hairstyles are revisited, her parenting questioned and self-questioned (a daughter and stepdaughter she left behind with Vadim).

Troy Garity, her actor son with Tom Hayden, narrates comically irate memories of being dragged around by two committed leftists to conflict zones, living simply and frugally through a childhood of activism with distracted parents, but marvels as an adult at what she was trying to do — and succeeding. And he seems to have turned out OK. 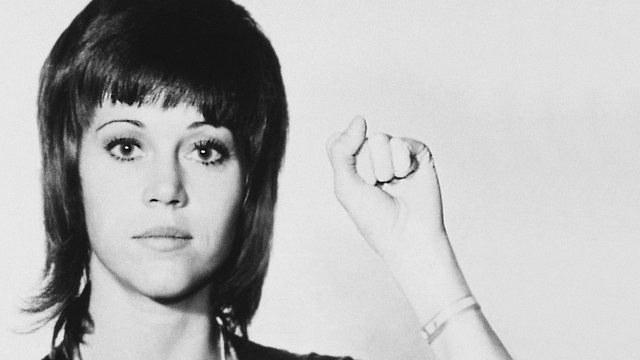 Fonda remembers the ’60s, unlike most of her fiercest critics, an era when being labeled “bourgeois” was more dreaded (Vadim would hit her with that) than “leftist.”

Archival interviews with Sidney Pollack and Alan Pakula let those directors remind us that she was a “Cat Ballou/Barefoot in the Park” “glamour puss,” as Pollack (“They Shoot Horses, Don’t They?”) recalled, but he saw “a serious actress inside” her.

Redford marvels at their onscreen chemistry, vintage Peter Fonda interviews let him disagree with who kissed up to their father and who “had the rougher time of it” (each says the other had it worse). Her “Nine to Five” and “Grace and Frankie” co-star and pal Lily Tomlin and she kvetch about new Hollywood and old Hollywood, two funny old broads who never learned to keep their mouths shut.

Boarding school bulimia (which went on for decades, Jane says), wealth, marriages, conversions, almost all of it is here.

And Fonda marches through it all, her fiercest critics dead, forgotten or condemned by the judgment of history.

At 80, she’s still here, indomitable, sitting in the makeup chair getting dolled up for the Golden Globes, 80 years old and regal as ever, adorned in glamour, gabbing with her trusted hairdresser.

“To drink or not to drink,” she jokes, the Golden Globes question. Will she or won’t she?

They serve wine there, she complains.

(My most recent interview with Jane Fonda is archived here.)