Movie Review: Documentary about “That Summer” takes us back to “Grey Gardens” 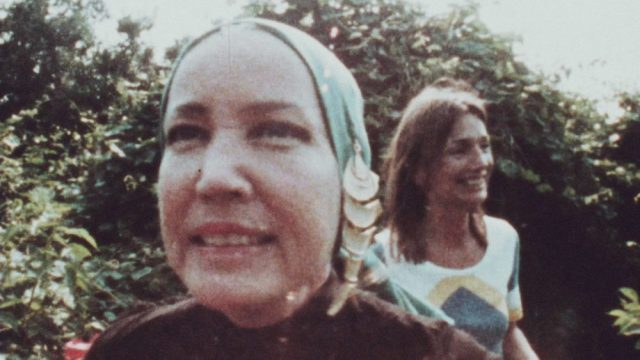 Since its release in 1975, the Maysles Brother’s documentary about genteel decay and madness, “Grey Gardens,” has been celebrated as one of the great films of the genre.

It’s inspired an award-winning HBO dramatic film and a Broadway musical. It’s not just a “cult” film any more, but in some ways it remains one. Devotees of it cannot get enough of this story of Kennedy-connected old money, living in squalor and isolation in the Hamptons of the 1970s.

That’s the audience — “completists” of the tale of Big Edie and Little Edie Bouvier Beale — that the new documentary “That Summer” is for. There was more footage of the mother and daughter, their almost-ruined 14 room, two story estate in East Hampton. And that’s what Danish filmmaker Göran Hugo Olsson has gotten his hands on.

“Grey Gardens” had a complicated birth. As the years have passed, the Maysles brothers, David and Albert, got the lion’s share of the credit for one of the great “cinema verite” documentaries ever. But others shot footage and “directed” the film, and are on its credits, at least on IMDb — Ellen Hovde and Muffie Meyer.

Then there were the origins of the project. Socialite and Jackie Kennedy Onassis sister Lee Radziwill had the idea of documenting the “vanishing” world of the Hamptons, then sparsely populated with a mix of old timers and old money. Her Bouvier cousins (she and Jackie were born Bouvier) were the most fascinating characters living there.

And her pal, the old money artist/photographer Peter Beard, was just the guy to capture that world, and her aunt and cousin, struggling against local authorities to live the way they saw fit, in their own trash and cat-strewn, overgrown fantasy bubble — Grey Gardens.

The Radziwill/Beard project was abandoned, but two of the cinematographers — the Maysles Brothers — came back on their own, zeroed in on the mother and daughter with their cameras, and found a masterpiece in their Dickensian lives of limited opportunities lost in the creepiest co-dependency this side of “Whatever Happened to Baby Jane?”

What this hour or so of new pre-“Grey Gardens” footage, narrated by Beard and Radziwill, does is humanize the Beales to a greater extent, and strip away some of the sadness of “Grey Gardens.” 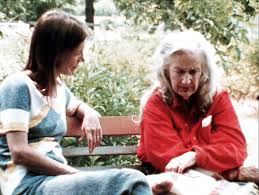 It’s not really organized, and is left in the rough shape whoever was hanging onto it kept it in. But through “That Summer,” we gain a deeper understanding, not just of the co-dependency, but of how the Beales got there.

The artist Beard is introduced, his fame, travels and work in art photography, collage, fashion and travel shots. Then he sets up this world, where Warhol weekended and Mick and Bianca and the swinging set from the City got away to the then-sleepy Hamptons, seemingly forgotten since “The Great Gatsby” era.

He recalls what a delight the Beales were, how each “fun” visit was nothing like “work” and how they “selfishly explored the amazing thing we had in front of us,” Grey Gardens. He keeps blurting out, then and now, “Francis Bacon,” conjuring up the artist who might have inspired this canvas.

Radziwill, interviewed for a separate project (by Sofia Coppola) weighs in as a second narrator. She commissioned the original project and is in much of the original footage, talking with her relatives, gently cajoling and persuading them to allow plumbers in, and electricians and painters and cleaning crews.

Radziwill, a one-time princess, got her brother-in-law Aristotle Onassis to finance the clean-up of the house, done in baby steps to avoid upsetting the Beales. She comes off as a thin, beautiful ’70s socialite with endless reserves of empathy and concern for her relatives, so any suggestion that she killed the project and sat on the footage out of embarrassment seems an overreach.

We hear Little Edie mention Thoreau and introspective Swiss philosopher Jean-Jacques Rousseau as possible justifications for how she and her mother live, which reminds us that Little Edie went to Harvard. Well, that and their Brahmin accents.

But the simpler explanation, one I don’t recall “Grey Gardens” ever suggesting, is how difficult it would have been for two old money/lost money women of their generation, with no real experience of labor, to get their garbage disposed of, their house repaired and maintained. “Edie never was much for dusting,” her mother cracks, as we see the “Great Expectations” piano and parlor, covered in dust, the ceiling partly collapsed around it.

The clutter and disarray never seems to phase them (and isn’t as pronounced as it was in “Grey Gardens”).

“What are you looking for?” we hear the mother complain.

“What am I ALWAYS looking for, either my pants or my makeup.”

Later, it’s the phone that’s gone missing. Not a cellphone, remember, one that’s been attached to a wire to a wall…somewhere. For decades.

Little Edie can be bubbly, or angry. She fumes at the life she wanted, at the promise that was long ago lost.

“It’s very cruel to dig up the past.  Where is privacy today? I never had any privacy in my whole life.”

Maybe you shouldn’t have “had incest with your uncle,” Big Edie cracks.

And everything that “Grey Gardens” once suggested is re-confirmed, a cruel co-dependent relationship of singing, cat-fancying ice-cream junkies, living and bickering in a house where the electricity had failed and each devolved into the other’s entire world.

It’s easy to draw a through-line connecting these two women to the birth of reality TV, especially when you recall that a Radziwill daughter is one of the “Real Housewives of New York.” The shallow pretension, putting on airs and in-breeding goes back generations, darling.

The lack of organization keeps this from being a complete film, or a great one. “That Summer” is a footnote to “Grey Gardens.” But for those wholly engrossed in the history, the tragedy and the “real Beales,” before “Grey Gardens” set their personas in stone and made them immortal, it’s a fascinating artifact and another piece of the puzzle of who they were before the caricatures took over.

2 Responses to Movie Review: Documentary about “That Summer” takes us back to “Grey Gardens”