Netflixable? A witch of the “Hound of the Bengali-villes” torments Old India in “Bulbbul” 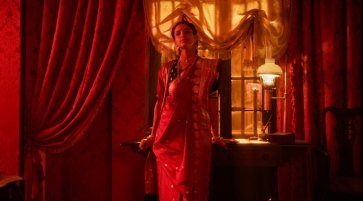 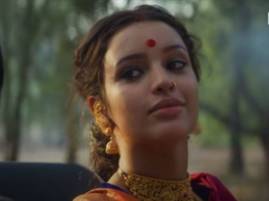 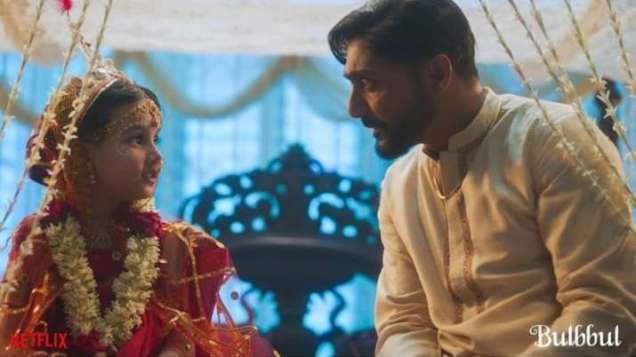 Some big themes and social issues are wrapped up in the stylish Indian period piece “Bulbbul,” a thriller that leans far too heavily on “Hound of the Baskervilles” for its own good.

I mean, when you’ve got the law-school bound brother-in-law theorizing and developing suspects about a series of gruesome murders in 1901 Bengal, suggesting he’s “playing Sherlock” would be more of a give-away, had we not figured out where this was going early on.

In a corner of the country wrapped in scarlet foggy nights, a former child bride presides over the manor. Because the Lord, who was a good twenty years older than Bulbbul when he fetched her decades before, has relocated. Or maybe “fled.”

Bulbbul, played with a self-assured smile by Tripti Dimri (“Poster Boys”), is happy to reunite with the brother-in-law, Satya (Avinash Tiwary) who was her childhood playmate when she was “married,” all of seven or eight years old.

Back then, her auntie told her to just keep those toe-rings on. It’s how men “control” their brides, she was told. Now, she’s on her own in a luxurious estate even as the village and surrounding land is bewitched by “the Demon Woman.”

Satya is a privileged, educated young man who sees one murder victim, pronounces that “our British law asks for proof” and says no demon, specter or beast did this.

“What woman is capable of such a brutal murder?” he wonders, in Hindi with English subtitles.

There’s a doctor (Parambrata Chattopadhyay) who might know more than he lets on, and a sister-in-law (Paoli Dam) who shaved her head and went into mourning after the death of her husband (Rahul Bose), the Lord’s simple-minded twin brother.

Tish tosh, Bulbbul clucks. Around here, a person gets a fever and “the demon” did it. Is she clucking too much?

Lyricist turned director Anvita Dutt shuffles up the narrative order, beginning with the “wedding” decades before, shifting back and forth to give us clues to something we’ve already figured out, “motivations” for the murders, how a “monster” was made.

The performances are properly pitched, the production design is striking, the frankness of the depiction of violence against women (by Indian cinema standards) brutal, but refreshing for its honesty.

Still, messing around with “twins” muddies up the proceedings, and the source material is too obvious to be worth revisiting for the umpteenth time.

The best any critical Western viewer might offer in praise is “Nice try.”

4 Responses to Netflixable? A witch of the “Hound of the Bengali-villes” torments Old India in “Bulbbul”