Posted on November 26, 2019 by rogerinorlando 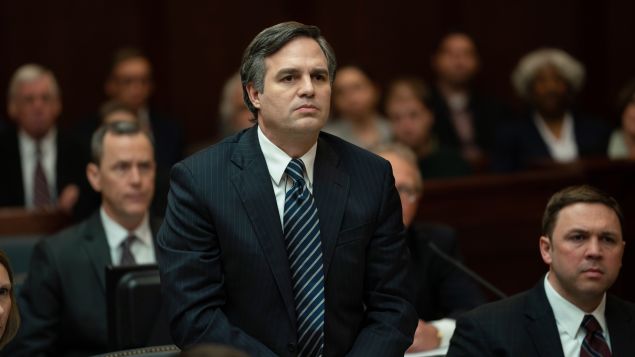 In your typical legal thriller, John Grisham or Scott Turow steer us from explosive twist to twist, finishing with a courtroom coup de grace and some version of justice achieved.

But in the real world, the law can involve tedious detail work, patience-exhausting delays, legal obfuscations and “justice” just as often denied. Because in America, she or he with the deepest pockets can outlast your average Jane or Joe.

“Dark Waters,” like a lot of legal thrillers, fictional or reality-based, is about another instance of corporate malfeasance, a big chemical company that knowingly poisoned a corner of “Wild, Wonderful” West Virginia — and the American consumer as well. But here it’s not leggy, sassy “Erin Brockovich” delivering quips to the bad guys and justice to the little guys. Here, our hero is a “plugger” who suffers for his efforts to bring chemical giant Dupont to court and get some relief for people who lose their lives, their livestock and their livelihoods to methodical, underhanded corporate folks who shuffled papers, did the math and decided what we didn’t know about Teflon couldn’t hurt…them.

Mark Ruffalo is Robert Bilott, a Cincinnati lawyer at the prestigious Taft law firm. He’s made partner, even though he went to a “no name law school,” even though his lack of charisma is off the charts. Rob has no swagger, drives an old Toyota and doesn’t know what “black tie” means. But Rob is an expert on defending the firm’s big chemical company clients from litigation, patent violations and the like. He’s a rainmaker.

That changes the day his past reaches out and grabs him by the lapels. A farmer from Parkersburg, W.Va. shows up with a box of videotapes and a furious chip on his shoulder. The great character actor Bill Camp is Wilbur Tennant, a dairy farmer, son and grandson of dairy farmers, a man who is losing his herd to what he suspects is something that the local Dupont plant is dumping in the landfill next door.

Bilott can’t shake him, can’t shoo him away. Tennant is there because he knows Bob’s “granner” (grandmother). Bob frets about disappointing her, even though the LAST thing he wants the head of the firm (Tim Robbins) to know is that he (partly) grew up in West “By God” Virginia.

Bob makes a visit to Tennant’s farm on a snowy day in 1998, and what he sees rattles him, and then appalls him. The little kids in town have black teeth. So do the cows, and Tennant’s German Shepherd. The animals have tumors all over them, and seeing Tennant have to shoot a cow that’s gone mad and charges them is Rob’s call to action.

“Y’BLIND, boy?” The creek has stones bleached white by something in the water. The evidence is all around them. Rob, with just enough clout with the firm to give this thankless case a “surgical,” short-term glance, takes it on.

Dupont may not be a client, but that doesn’t mean the Armani suits in the office don’t covet them. It doesn’t mean Rob doesn’t know the Dupont VP (Victor Garber) he approaches at a convention. Rob’s always very apologetic, but he needs to file a claim, “trigger discovery,” and figure out why this Tennant fellow’s farm “is a graveyard.”

“Dark Waters” is about the 15 years-and-counting can of worms that opens up, the pushback from Dupont and a too-compliant state, an EPA that has been content to let the chemical giants of America “regulate themselves” on chemicals that predate the creation of the EPA, from Rob’s buttoned-down lawfirm and its greedier partners, and from his wife (Anne Hathaway), a lawyer herself who has given up her career to become a stay-at-home mom, left at home with their growing brood as Rob becomes so obsessed with single-handing this case into court that he develops tics, twitches and spasms.

Ruffalo leaves little trace of any other role in this performance, a head-down, grind-it-out guy who will not lose his cool, will not be brushed off and won’t get all Erin Brockovich, even when his target calls him a “hick.”

Hathaway gives a little law school polished fire to wife Sarah, a person who knows how this firm works (it’s where they met) and just what Rob’s jeopardizing, tilting at the gigantic Dupont windmill.

Robbins gives a nuanced flavor to a role that John Grisham would have rendered as a straight-up villain. Garber is the ultimate callous, denial-spouting corporate hack, and Bill Pullman ignites a fun and furious third act as the good ol’boy brought in as trial attorney for the growing case.

But it is Camp, a character actor who burst on the scene half a dozen years ago and who has dazzled every single time out of the gate, who gives “Dark Waters” its enraged heart. He’s so deep into the accent he needs subtitles, so at home in bib overalls and worn Wellingtons that you believe him. And when he struggles to compose himself over what is happening to his livestock, his dog and his family, he will break your heart.

Director Todd Haynes (“Carol,” “Far from Heaven”) ensures that there’s an Oscar nomination or two in this actor’s film. One of them has to be for Camp. 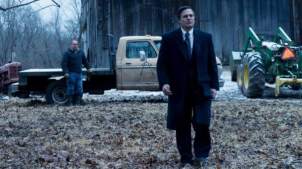 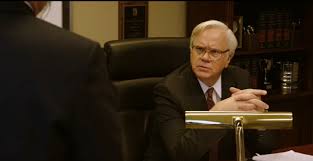 Make no mistake, “Dark Waters” is a movie about something, with Dupont, Dow, Union Carbide each having ugly things that put them back in the news on a regular basis. It’s not just this case, not just Flint, Michigan’s drinking-water scandal that makes this seem topical.

Watch the court scenes and realize how important every judge appointed to the Federal courts is, and how putting incompetent, bought-and-paid-for corporate hacks by the hundreds on every lifetime-appointment court all the way to the Supreme Court these past three years makes every one of us less safe, less able to defend ourselves and or rights.

The U.S. Supreme Court has even ruled that corporations are “like people,” with rights to free speech, etc., just like American citizens. But if they truly are just like “people,” justices, why isn’t Dupont subject to the death penalty? Why wasn’t Union Carbide fined out of existence after the Bhopal disaster?

Which wing of which the Federal prisons in Beckley, Martinsburg or Alderson, W. Va. should we set aside for the Dupont team that covered up its crimes?

We might remember the wave of news stories that blew up out of this scandal when it became public, even if we forget exactly how certain cooking products disappeared from store shelves.

A great movie like “Dark Waters” reminds us of what happened, of just what the “system” failed to do to safeguard us. And it reminds us of what a legal crusade looks like — a years-long grind of discovery, depositions, evidence and trials, and to be thankful for dogged, dull pluggers like Robert Bilott who stopped a mass murder in progress, armed with only a degree from “a no name law school.”