“It Chapter 2” may have underwhelmed critics, but it lost about 55% of its opening take, sndthus earned another $40.7 million this weekend.

“The Goldfinch” had Oscar buzz…until studio people and then critics got to see the finished product. Perfectly watchable, ungainly, well acted. And it opened to a middling to poor $2.6 million. 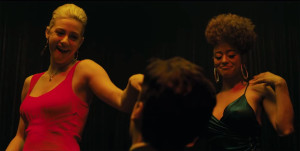 “Hustlers” is the big “winner” of the weekend, a personal (non animated) bet for Jennifer Lopez and a best ever opening for STX Studios, over $33 million.

“The Sound of Silence” had an impressve per screen weekend in limited release.