BOX OFFICE: So how many tens of millions will ‘It: Chapter Two’ pull in?

Posted on September 6, 2019 by rogerinorlando 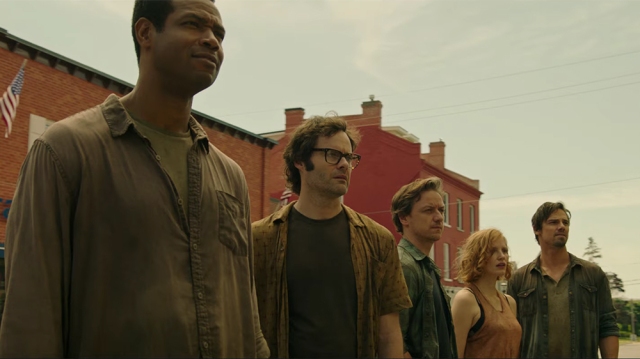 It’s stupidly long. And no, New Line/Warner Brothers–length does not add gravitas or importance. It just means you chose not to give your movie pace, that you were too scared to edit anything out.

Reviews have poor to middling. I found “It Chapter Two” a drag, not excruciating, just muddled, pandering, repetitive.

It did $10-11 million Thursday night, meaning it could easily hit $100 million+ on its opening weekend.

But that’s a drop off from the first “It,” and reviews may or may not tamp down turnout. That running time won’t be a factor as “Chapter Two” has all the screens. All of them.

That will not likely put this film I to tje record books. The first “It” opened with $123 million+.

This time, it’s adults so aving Derry, Maine from the evil clown, outwitting Pennywise and cursing a blue streak as they do.

The “cute” is gone, the novelty of children foiling a supernatural monste is gone.

And again, reviews have been far weaker, even in the new and seriously watered down (adding hundreds of “critics” will do that) Rottentomatoes.

“Angel has Fallen,” “Don’t Let Go,” Overcomer” and other summer holdovers will pick up the mere scraps that are leftover.

1 Response to BOX OFFICE: So how many tens of millions will ‘It: Chapter Two’ pull in?