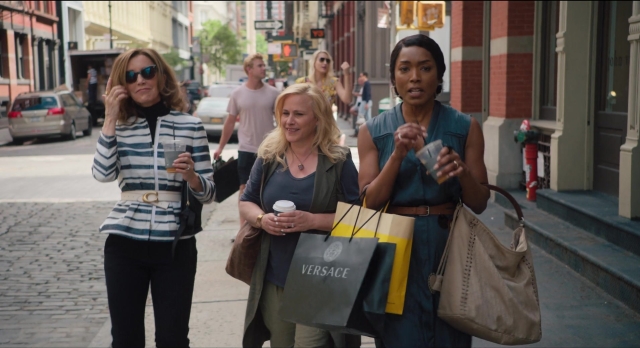 “Netflixable” is a movie fan’s euphemism for “time killer” or, in literary terms, “a beach book.”

It’s what we used to say when we’d see a movie with iffy prospects and mixed reviews.

“I’ll wait for it on cable…Redbox,” etc.

It’s the difference between a film that’s worth our trouble, going out and devoting the time and cash to seeing, and one that’s perfectly watchable in just “there,” “there” being “on Netflix,” terms.

That’s “Otherhood,” sort of a mash-up of “First Wives Club” and “Mom’s Night Out,” a comedy of too-easy one-liners, mother-to-mother bonding and mother and child reunions.

Drop a few F-bombs, show off a little cleavage and you’ve got “edge.”

Oscar winner Patricia Arquette, Angela Bassett and Felicity Huffman are three mothers who met in a playground in Poughkeepsie, decades before. They’ve stayed close, through a divorce, widowhood and into their AARP years.

But their boys? They’re at the can’t-even-bother-to-send flowers on Mother’s Day.

That omission sends widowed Carol (Bassett), piano teacher Gillian (Arquette) and affluently-remarried Helen (Huffman), after a few drinks, on a dash into New York, “pops in” on their adult sons being the perfect way to mend fences, right?

Carol’s son Matt (Sinqua Walls of TV’s “Power” and “The Breaks”) is doing OK, designing what he’s told Mom is a “sports magazine” but which is actually a “lad mag” — T & A tarting up whatever content they pack into it.

Mom catches him with some borderline underage model.

Helen’s son Paul (Jake Lacy of “Obvious Child”) never came out to her.

“Did you ever ask?” his lover (Frank de Julio) snaps back.

Gillian, who converted to Judaism when she married, has become a smothering Jewish mother stereotype, not seeing her failed-novelist son Daniel (Jake Hoffman) unhappiness, alcoholism and fresh break-up from Erin (Heidi Gardner) as signs of trouble. 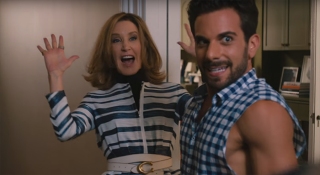 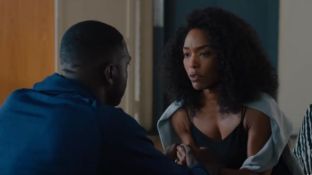 The sons all have screenplay shorthand stereotyping about them — Jewish writer, black jock, gay white window dresser. Thank heavens the movie isn’t really about them.

“Do you need directions home? I can show you how to Waze!”

It’s about the ladies. And after a GROANER of a start — “The key to a clean house? A DEAD husband!” — “Otherhood” settles into their situations, the limbo of motherhood once you hit your ’50s.

Ignored by their sons, subjected to a form of “inhumane emotional waterboarding,” by offspring who have “broken up with us,” they bond over bourbon, take action — have confrontations, confessions, meltdowns and makeovers.

Bassett plays a cute drunk scene in the club. Huffman has a nice hissy fit. And Arquette gets a little Jewish mama pushback that, being a stereotypical Jewish mama, flies right over her head.

“The problem is not that I meddled. It’s that I should have meddled SOONER!”

The stars, and the occasional winning one-liner, keep us interested, or as is the case with a film that’s “Netflixable,” at least keeps the TV on.

So none of this running yourselves down, MILFs.

I chuckled here and there, got a kick out of Carol’s encounter with a transgender bouncer (showing baby pictures of “my son” in the tub gets you Instagrammed). And there are some touching moments in the finale.

The moral to the story? Don’t forget Mom on Mother’s Day or her birthday.

Would I go out to see “Otherhood?” No. Nor should you. And we don’t have to.

It’s not all that, but it’s perfectly “Netflixable.”