BOX OFFICE: “Hobbs & Shaw” set to own this weekend 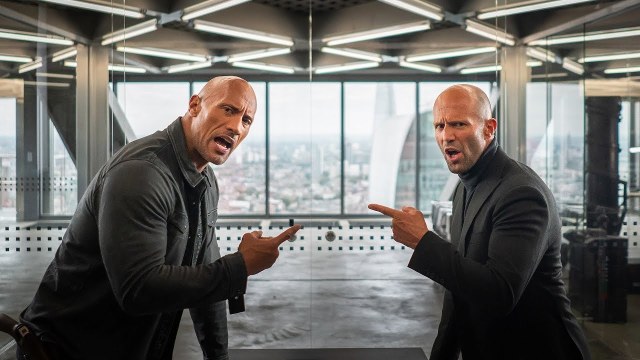 Reviews for the new “Fast & Furious” spinoff were a little better than your average “Fast” film, a tad better than “Lion King” for that matter.

Many echoed my own review, that whatever clunkiness the script serves up, dazzling production values and the spark of buddy picture chemistry between DJ and J Stathe makes this movie play. Boy does it play.

“A fun hang,” as a friend said of Tarantino’s “Once Upon a Time…” Plot and other quibbles don’t dent the appeal of hanging with the characters to see what they get into.

The big question for “In Hollywood” is what legs it will have? It barely vested QT’s best opening ever. I ducked into a showing of it on Tuesday afternoon, just to cast an hour and see if there was anything I missed, and a matinee showing in Orlando was 50% full.

“Hobbs & Shaw” is going to swallow a big chunk of its audience, especially the potential young male repeat viewers.

If “Hollywood” does left than $20 this weekend, I will be surprised. But if it does, it may fade too fast to be a major Oscar contender. Actors, sure. The rest? We’ll see.

“Dunkirk” opened in the exact same time of year and lingered into Sept. and was a major awards contender. Better movie, longer legs, not much in the line of acting nominations.

“Lion King” has been falling off quickly but should clear $30. If it doesn’t…

“Yesterday” is proving to have the best legs of the summer for smaller pictures. Still in the top ten.