Posted on September 12, 2018 by rogerinorlando 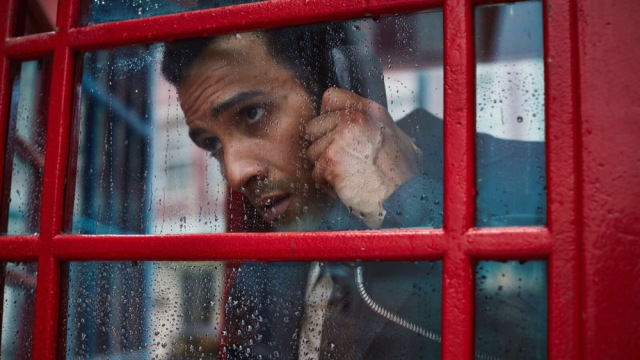 Spy recruiters tell us that there are four prime reasons why people betray their country, summed up by the too-cute acronym “MICE — Money, Ideology, Coercion or Ego.”

And a couple of those can certainly be applied to the Egyptian turncoat Ashraf Marwan, the one his Israeli Mossad handlers code-named “The Angel.”  The son-in-law of Egyptian President Gamal Abdel Nasser was studying in London, never quite good enough for the president-for-life’s daughter, his opinions not respected at dinners where Egyptian leadership was present. His “ego” was bruised.

And studying in London, he developed a taste for alcohol and the other pleasures of casinos. More “money” would be nice.

Perhaps he was a tad rash, calling the Israeli Embassy there, offering information. “Coercion” could certainly be used to turn him.

But in some spies’ minds there can be another motive for treason, one implied, repeatedly, in the new biography, “The Spy Called Orphan,” about Donald Maclean of infamous “Cambridge Five,” who sold or gave away secrets to the Soviet Union during World War II and on into the Cold War. Some traitors figure they’re preserving the peace in giving away secrets, maintaining balance in a tense diplomatic relationship, preventing deadly blunders based on false assumptions.

That’s the way Ashraf Marwan is painted in “The Angel,” a fascinating if somewhat muted spy thriller from the director of “The Iceman” and “Criminal,” Ariel Vroman.

What starts as a tale of another Israeli espionage coup finds something closer to an uneasy middle ground as this cagey, well-placed operator, played with a perpetual poker-face by Dutch actor Marwan Kenzari, tries to “save Israel” with one gesture, save Egypt’s face with another and save lives as he walks the tightrope between the two in those tense years between The Six Day War and The Yom Kippur War.

Marwan’s father-in-law (Waleed Zuaiter plays Nasser) is sure he needs watching after Marwan suggests, in a state dinner, that preparing for another war to regain lands lost to Israel after the debacle of the 1967 “Six Day War,” when Arab states all around Israel invaded, and saw their forces annihilated, is maybe not the best way to achieve Egypt’s aims.

Nasser puts a highly-placed thug (Slimane Dazi) on the Marwan case. And his studies in London? Those might curtailed. But not before Marwan has attended a class that discussed the work of “Garbo,” a Spanish Nazi agent (Juan Pujol García) who moved to Britain to help fool the Nazis about when and where D-Day would occur.

Marwan is of a mind to stop another bloodbath by tipping the Israelis about Egyptian plans. Merely removing the element of surprise could do that.

He has just enough time to change his mind when the Israelis put an agent (Toby Kebbell) on him, blackmailing the headstrong young man who called their embassy and brazenly made his pitch over the phone. Nasser dies, Marwan schemes to cozy up to the more reasonable and thus mistrusted by most in the government new president, Anwar Sadat (Sasson Gabai).

Marwan isn’t trained in spycraft, and the Israelis, while cagey and enthusiastic, don’t exactly have his best interests at heart. They’re thrilled to have this inside source, willing to pay him handsomely, but don’t fret over the fact that he must keep his actions and movements secret even from his wife (Maisa Abd Elhadi).

Marwan has to be a quick study with steady nerves as he passes what he knows on, tries to convince the Israelis of his “bonafides,” and at the same time protect Sadat from his enemies within Egypt and himself from exposure and summary execution.

Real life spy stories are always much closer, cinematically, to “Tinker Tailor Soldier Spy” than any “Bourne” or Bond film. One way “Angel” flirts with more melodramatic thrillers is the actual danger faced by Marwan, not just from his own government’s spy hunters, but from the increasingly irate Israelis, who are sure he’s “crying wolf” about plans for an attack.

Another Bond touch is Marwan’s enlistment of help from “a friend,” a Swinging London sexual adventurer played by Hannah Ware. She is temptation incarnate, and handily amoral when it comes to Marwan’s need for assistance with whatever clandestine thing he has going on. 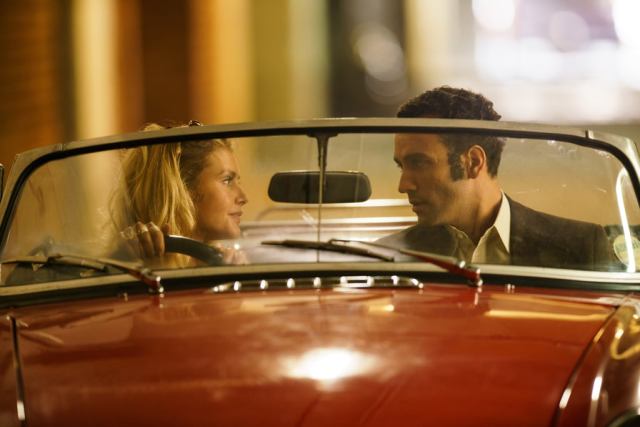 Vroman never raises the suspense level in all of this to any great height, never shows Marwan having any real crisis of conscience. The spy comes off as a gambler with few “tells.”

Gabai gives Sadat, a future Nobel Peace Prize winner, as cagey enough to suggest he doesn’t know what’s going on even as we wonder if he does.

Kebbell and the actors playing his Mossad bosses are the only ones who let on how frantic they are, recognizing the stakes are much higher for Israel, fundamentally mistrusting any Arab who purports to be “helping.”

Netflix has cooked up a good-looking production, period perfect in its costumes, London and Cairo settings peppered with period-perfect Triumphs, MGBs and Citroens. But the occasional anachronism sneaks into the dialogue, and only an utterly inept music supervisor would park both K.C. and the Sunshine Band and “Long Cool Woman in a Black Dress” in the mix years before they hit the pop charts.

“The Angel” falls thus more on the “sturdy,”  tradecraft-oriented spy thriller end of the scale than “Neftlix’s answer to Jason Bourne.” It’s still a fascinating piece of history built around the possible higher moral calling of a traitor whose motives for his actions can be looked at as much bigger than simple M.I.C.E.

3 Responses to Netflixable? Israelis celebrate an Egyptian spy/turncoat, “The Angel”