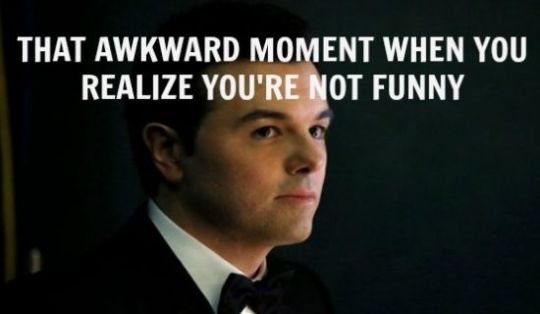 “Maleficent” did well Thursday night and quite well on Friday. So barring a rash of critics’ warnings heeded and bad word of mouth, millions of tykes will be scared by the violence and the Jolie of this Disney misfire on Saturday and Sunday.

It should clear $60, with Deadline.com going so far as to think $70 is within reach. I doubt it, but we’ll see. As I say, reviews were poor and parents tend to be persuaded and dissuaded more than others. UPDATED — Saturday’s bump suggests this will be close to $70 million by midnight Sunday. Women made this one a hit. (Final estimate, $70 on the nose)

Seth MacFarlane’s fanboys read reviews and are staying away from “A Million Ways to Die in the West.” The trailers aren’t funny, he’s particularly dull in them. And reviews have been harsh, if not brutal. It might manage $16. Those are “Blended” numbers, far below the $26-28 projected. Helloooooo “Ted 2.” ($17, almost to the cent).

To further elaborate — Adam Sandler’s “Blended” opened at $18, signalling the end of his comic brand name status. So MacFarlane is managing at the beginning of his big budget/all star comedy career what it took Sandler 20 years to fade into.

“X-Men: Days of Future Past” has lost almost all its steam, suggesting this franchise is close to exhausted, despite the healthy opening weekend numbers. A 60-70% falloff the second weekend? People are over it. UPDATED — the drop is 66%, pretty bad, but it still managed another $32 million thanks to a Saturday boost.

“Blended” plunged down the charts on its second weekend, “Neighbors” continues to pay off. “Godzilla” sputters toward $185 domestic when all’s in. “Neighbors” may actually be ranked higher on the charts when all is said and done Sunday midnight — both are in the $7.5-$8 million range.

“The Other Woman” cleared $80 million on its way to @$85, all in. “Chef” is clinging to the top ten, not doing huge numbers despite adding screens, week by week.
It is still not over $10 million.

“Million Dollar Arm” had legs, is sticking around the top ten and has done better than expected — $35-40, by the end of its run, $28 by midnight Sunday.

“Spider Man 2” should hit $200 million in a week or two, and won’t make much more than that, domestically. A Good long run for an indifferent film.

“Grand Budapest” is finishing its run under $60 million. “The Immigrant” added screens and lost audience. It won’t do $10.

The spring’s run of religious films are slowly fading from the top 20. “Heaven is for Real” will not quite hit $90 million, which is a HUGE deal. If “Moms Night Out” had been a better movie, it might have earned more than $9.