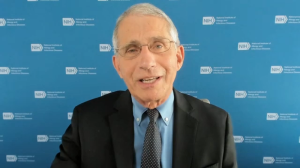 So, have you been to the movies lately?

Theaters opened in your neck of the woods?

I am checking in on relatives in NC, where cinemas are closed. But I’ve seen three films since Florida’s were almost certainly prematurely reopened by the right wing goon, cover-up COVID numbers at large and in schools, Governor Wuhan Ron DeSantis.

Wore my mask throughout the films, socially distanced in theaters set up for that. Virtually the only person at the cinema at any of the films I went to see.

I check with studio publicists to see what might be previewed in cinemas, and no studio or its PR arm is acting as if going to the movies is anything like a “safe” activity in the failed state among failing states.

Waiting for a vaccine to magically “bring everything back to normal?” No, the waiting won’t end if and when that happens. Dr. Anthony Fauci says it may be a year AFTER the vaccine before the socially-distanced/mask-wearing movie going can be safely abandoned.

Meanwhile, in China, where the virus originated and which warned the world (late, probably) and took draconian measures to shut social transmission of it down, “Mulan” has opened — tepidly. A $25 million weekend is better than nothing, better than anything is likely to manage in the US for a long while. But it’s a lot closer to “normal” that the US, where we’ve “normalized” a thousand extra deaths a day for much of this year, thanks to the cascade of crimes, corruption and crises created by #WuhanDon and his “all the best people.”