Movie Review: Immigrants try to get out, Greeks try to cope with them in “Amerika Square (Plateia Amerikis)” 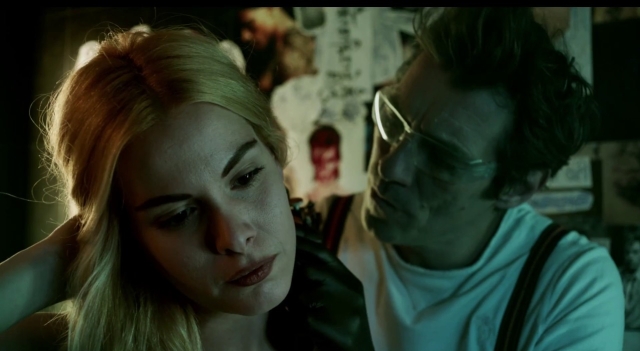 It helps to think of“xenophobia” being explained by Michael Constantine, the amusing Greco-proud poppa of “My Big Fat Greek Wedding.”

Fear of foreigners. Kind of an ugly word. The Greeks didn’t invent it, but boy it pops up in stories about modern Greece all the time.

Xenophobia in modern Greece is the anchor issue that drives “Amerika Square,” an engaging and pointed parable about life at Ground Zero in the the global refugee crisis.

Director and co-writer Yannis Sakaridis doesn’t take us into the camps, onto the panicked beaches of Turkey or to war-torn Syria. This story plays out with Greeks, Syrians and Africans in one square of Athens, interconnected lives telling a larger story.

The film has three narrators, all male (because “Sexism, from the Greek…”) philosophizing in Greek, English or Arabic about the state of their lives and their world at this point in time, when so much attention has been focused on human migration and Greece (the film was finished in 2016).

Nakos (Makis Papadimitriou) is 40 years old, living at home “without a Euro to your name,” his father gripes. He describes, at length, the cosmopolitan nature of just the building his family lives in, with Pakistanis and Afghans living on the ground floor, “the Russian Annex,” the “African commune,” and so forth.

Spread that over all the buildings surrounding Amerika Square. Fill the square with immigrants passing through, sleeping on park benches.

“Look at what happened to us,” he laments to his pal Billy (Yannis Stankoglou), lamenting how Greece isn’t nearly as “Greek” as it once was.

Billy is a poetic “artist in ink” and skin who runs a tattoo parlor. Billy defines tattoos as “a code,” a way to signal to someone “we have something in common.”

Nakos may talk darkly of “What the whites did when they came to America” (give Native Americans diseased blankets) and “What the Japanese did to the Chinese in World War II” (dumped poisoned rice out of airplanes). Billy? He frets over the impermanence of the world and his place in it.

“Even ink, humble ink, lasts longer than us.”

Tarek (Vassilis Koukalani) is a Syrian refugee, shrugging off Greek griping about their “square,” which “you stopped using years ago.” He won’t be here long. He’s taken his young daughter out of a war zone, gotten her to Greece. Now, he discusses his escape options with human trafficker Hassan (Sultan Amir), who gives the “walking out,” “flying out” and “boat” escape prices.

All of our narrators are political and social philosophers, and all have their beliefs — freely-shared — tested when push comes to shove.

Tarek, putting his trust in “good men” (he thinks) running a highly illegal business, will wonder about the humanity still extant in the Birthplace of Western Civilization.

Billy will find a purpose to his aimless existence when a gorgeous North African singer (Ksenia Dania) comes to get her “Property of Mike” tattoo removed, and to escape the indentured servitude she’s working under.Makis Papadimitriou

And Nakos, hapless, bigoted Nakos, will decide whether or not to act on his dark dislike of the foreigners around him. 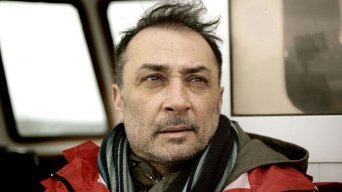 The players, being unfamiliar to most viewers, are instantly credible, especially Koukalani, an educated man desperate to save his daughter from their plight, so desperate he has to take “Trust me, it’ll be fine” from men we might be inclined to not trust.

Papdimitriou makes Nakos or “Nako” a seemingly harmless grump, but one capable of violence if not man enough to inflict it in person.

“They haven’t done anything to me,” he says of the foreigners, “but (their presence) BOTHERS me.”

Dania lets us see love in Tereza the singer’s eyes, even as we sense the desperation that fuels her every flirtatious interaction with Billy.  Yeah, she’d do that to escape. Who wouldn’t?

But it is Stankoglou whom the audience will identify with, a Bogart-Belmondo figure, rakish, working class, principled and sympathetic. Of course he has a motorcycle, a Royal Enfield. Of course he’s seen “Casablanca.”

Of course he knows the perfect tattoo metaphor when Tereza asks for it —“Refuse to sink,” in English.The portrait that emerges of weary, broke and broken Greece is of people who won’t charge others out of compassion — tattoos, or passport photos. Some may voice their gripes about the massive influx and the problems associated with being human migration’s new choke point.

Politicians may prey on those prejudices.

But no one is so far gone that their humanity isn’t easy to find. As Michael Constantine might have put it, “Humanity, from the Latin humanus. But you know, they borrowed it from the Greeks…”