Movie Review: Tech scientist wants to preserve what matters most in the “Archive” 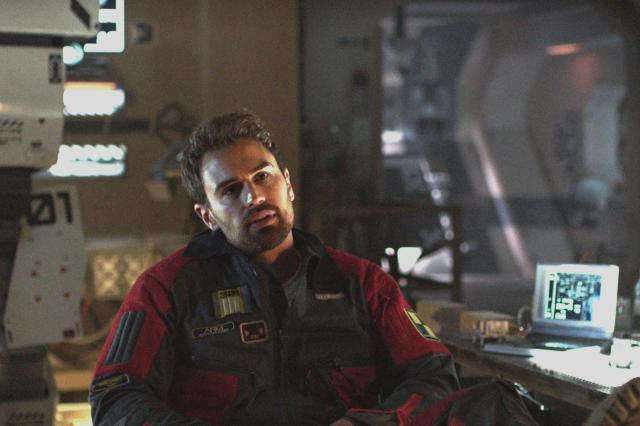 “Archive” is a slick, moody sci-fi mashup, a thoughtful thriller cobbled together from a lot of better films that came before it.

The central premise — a scientist tries to engineer a robot to hold his wife’s “soul” — has lots of antecedents. But you’ll see “Ex Machina” in the movie’s look and moral quandary, a hint of “2001” here, some “Silent Running” there.

It doesn’t quite jell into anything brilliant or profound. But I have to say it plays. Production designer/effects creator (“Moon”) turned writer-director Gavin Rothery and star Theo James (“Divergent”) have conjured up a great looking film with some heart, a neat twist or two and that manages to be perfectly watchable, start to finish.

We meet George Almore in the not-that-distant future, a lone developer, thinker and engineer opening up a mothballed super-futuristic and secure “facility” in the snowy mountains of Japan.

It could be a supervillain’s lair or a spaceship, but it’s a place where he and he alone can work on an AI/robotics project he’s sold his employer on. The cute, clunky and empathetic robots — J-1 and J-2 — hint at what he’s going for. J-2 can carry on conversations, make decisions and judgement calls. A threatening phone call from his new boss (Rhona Mitra of TV’s “The Last Ship” and “Supergirl”) annoys J-2.

George exchanges static-riddled video calls with his wife, Jules (Stacy Martin of “High-Rise” and “Vox Lux”). She starts every call upbeat, but she’s clearly upset, not terribly happy about what he’s up to.

It turns out, these two black computer stacks in the facility are from an outfit called “Archive.” George makes those calls through these. Toby Jones plays a pushy company representative who “checks on” them.

Flashbacks take us to a happy marriage, a drive in a self-driving car where George insists on taking the wheel. There was an accident. Somebody died. Archive makes its money out of storing a person’s neural essence/soul, allowing  a survivor to communicate with the dead, but only for a limited time.

And George? He’s in hurry, fretting over every security system in the facility because he doesn’t want to be disturbed, frantically trying to finish a more human/very feminine robot, his latest, before he’s caught. 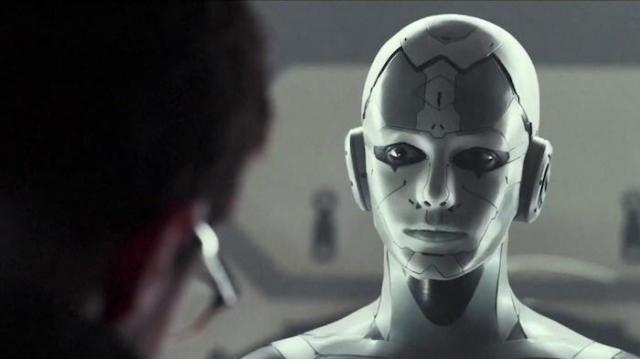 This poignant set-up is augmented by the frosty setting, indoors and out. The almost-human machine George is working on is an upgrade of the boxy, awkward child-like J-1 and J-2 that can’t go outside and get wet, but can be petulant, jealous, fearful and sad.

James’s George seamlessly interacts with them, treats them like children and over-uses the phrase “Trust me.”

Can they? Can we?

Rothery, who also works in production design in video games, creates a world both futuristic and familiar, thanks to the visual sci-fi tropes. There’s even a hellish Japanese nightclub for George to visit for a meeting, all holograms and “Star Trek” furnishings. Love to have a drink there.

Put these elements together with some solid acting by James and a touching turn by the Parisian Martin, and “Archive” becomes a genre film that, if it doesn’t transcend the sum of its parts, at least has the parts to let us buy in and enjoy the story that it’s telling, derivative as it is.

Credits: Written and directed by Gavin Rothery.  A Vertical release.