Posted on February 20, 2018 by rogerinorlando 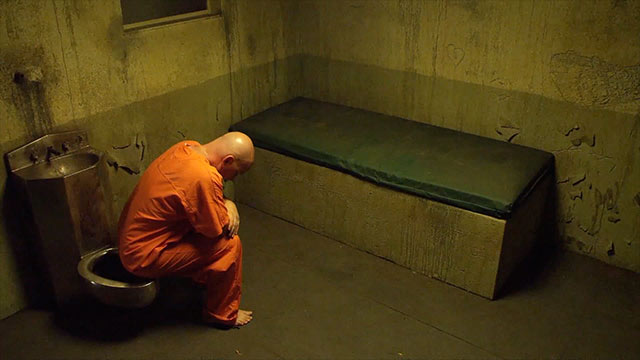 The statistics are damning. Nobody locks up more people, keeps more of its citizens in prison, than the United States, home to “the largest prison population in the world.”

The videos, of police, from coast to coast, engaging in what can only be described as “wilding,” flipping out on would-be suspects, bystanders and citizen journalists video recording their tirades, pummeling anybody who crosses them or dares to question what they’re doing.

And if you think you’re immune, that you or your children or a relative is never going to run into “an out of control police officer,” that these high school graduates with guns are never going to mistake your call for an ambulance as some sort of excuse to arrest you, that prosecutors won’t try to intimidate you into admitting some form of guilt just to stave off a lawsuit, that you couldn’t be hurled into America’s prison industrial complex, you’ve got another thing coming.

That’s the message of “Survivors Guide to Prison,” a California-centric documentary built around a couple of heartbreaking cases of innocent people serving decades before exoneration, and a veritable tidal wave of others similarly seized by a broken system without the resources to prove their innocence in the face of a State and compliant public that has reversed the credo, “Innocent until proven guilty.”

Filmmaker Matthew Cooke, undercut somewhat by his own credits (he directed “How to Make Money Selling Drugs”) and a legion of Hollywood stars, victim advocates, journalists and academics make the case that with 13 million Americans having served time, with over a million in jail or prison at any given moment, the average citizen needs survival tactics for dealing with the possibility you will run afoul of a seriously twisted system. Over-burdened at every step, and broken, featuring poorly-vetted and oversight-free cops and no-consequences-for-their-mistakes prosecutors and a rising mountain of laws, racist politics focusing on arrested and imprisoning minor offenses by the poor, we have built a monstrous bureaucracy in which no one is immune from its abuses.

Cooke has a vast cast of actors (Susan Sarandon, Patricia Arquette, Ice-T, George Lopez) download mountains of stats and scores of cases where the innocent have been railroaded into jail in their narration.

“How to Survive an Out of Control Police Officer” has him telling viewers and potential victims of the legal system to “be polite,” to remember this all-important phrase.

“Am I being detained or am I free to go?” Cops abuse their authority by leaning on suspects, bystanders, those videoing their behavior, even accident or crime victims, just by keeping you there until they figure out something they can charge you with. Talk too much, you invite a search of yourself or your car, further questioning on how this or that happened to you or someone you called the ambulance for.

“The police can legally lie to you,” so don’t take their accusations, suggestions as gospel. Keep your cool and ask for a lawyer.

That extends into “How to Survive a Police Interrogation.” “Never talk without an attorney present.” 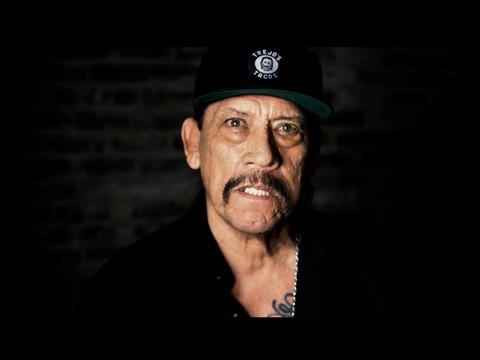 And keeping your mouth shut if you haven’t learned it by then follows you as a rule into incarceration. Jail, holding cell or prison, you have no friends there, one and all remind you. They’re out to incriminate you, lessen their own sentence, what have you.

“Mind your own business and be respectful” at every step of the way.

We hear parents of a child with schizophrenia call 911 to get help dealing with him, because we’ve made the police — again, high school educated men and women, for the most part, not elite thinkers known for their powers of reason — the default intervention in all manner societal ill. The cops tased the boy to death.

We see another man lose nine years and eight months of his life “because he had a bad lawyer.” The tendency of a “brainwashed” public to believe “If you’re been arrested, you MUST be guilty” (the fatal flaw in the knee-jerk and often racist “Blue Lives Matter” backlash) works against you at every step of the way, especially in court, where juries of third-rate thinkers are all-too-willing to bend to whatever authority — the “infallible police,” prosecutors looking to inflate their conviction rates rather than actually seeking justice, “judges, draped in robes and put on a pedestal,” most of them political hacks, overwhelmed and under-motivated to sweat the details of every single case — tells them.

The actual “How to Survive Prison” section is too depressing to contemplate — innocent women losing years of their lives, innocent men trapped in a kill-or-be-killed environment where guards have little control or desire to control a murderous, survival-of-the-fittest Big House culture.

The narrators stress how difficult the work of those within the system is, and suggest that it’s no wonder they snap, no wonder that there are many, many incompetent cops, racist roid-raging police and police at the wrong end of the learning curve. Two of the innocent folks profiled here were busted by the same peer-pressured rookie officer who threw them into the system just to save face among her peers.

Cooke’s film clips along, using famous prison and courtroom movie scenes (“Cool Hand Luke,” “O Brother Where Art Thou,” “The Verdict”) to illustrate its points, or at times to just enliven the narrative. The movie wanders into reform ideas, recidivism cures and the like. Too often, it feels glib thanks to the lighter touches and the tag-team narration, acted-out by those narrators.

It would have been better to interview famous people who have dealt with the system about their first-hand experience of it. Rapper Busta Rhymes breaks into tears at the memory of a woman he knows who was jailed, too poor to effectively fight for her rights, losing years of her life to venal, incompetent police and prosecutors. Trejo, I know from first-hand experience, has stories to tell that are off-script.

But “Survivors Guide to Prison” still manages to overwhelm the viewer with alarm at how far things have gone wrong since “Tough on crime” became  Richard Nixon and then Ronald Reagan’s ticket to power, turning the “Land of the Free” into the “Nation of the Incarcerated.” It’s an alarming indictment of the way we’ve been taught to think, and where that warped thinking has put millions of our fellow citizens.

Credits:Written and directed by Matthew Cooke. A Gravitas Ventures release.