Box Office: “Divergent” explodes, end of the line for the “Muppets?” 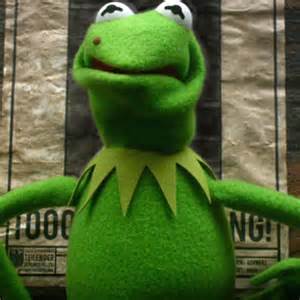 Hand it to Summit. Te “Twilight” co., which cranked up “Hunger Games” as it was swallowed by Lionsgate, knows its demographic.

Teenage girls are buying everybody in the office Bentleys. Again.

“Divergent,” which critics panned and felt like a soft pitch for a blockbuster a month ago, is now the latest smash to come out of the teen screen factory. It’s hitting the high end of predictions for its take this weekend, based on huge Friday numbers – $55 million or so.

When you think of how many franchises aimed at that demo have been tried, from “Golden Compass” to “Ender’s Game,” “Percy Jackson” to you name it, Summit’s ability to get a good director to make a plausible, workable picture out of a cut-and-paste formula book, well, that’s impressive. If I ran Sony or Fox or Paramount, I’d be all over Summit, trying to hire away the execs who keep making money out of dross like this.

But the biggest upside has to be audiences discovering the wonders of Shailene Woodley. I have interviewed her a few times, based  on her work in “The Descendents,” “The Spectacular Now” and “Divergent.” She’s the real deal, and to me, a more empathetic actress that Jennifer Lawrence. And now she’s going to be world famous and get the A picture offers. Here’s my latest chat with her re: “Divergent.”

“Muppets Most Wanted” is living down to the low end of expectations — $19 million. Reminds me of an interview I had with Frank Oz a few years back when he directed the Brit version of “Death at a Funeral.” I had kids and we were looking at the latest DVD re-issue of “The Muppet Show” and I asked Oz why the Muppets have endured.

“Have they? I don’t know. I doubt it.” Kids, far removed from the vaudeville-ish buffoonery of the TV series, disconnected from movies and with way more choices than just “Sesame Street” weren’t an automatic audience for this rebooted franchise. Their parents will dig the new film, but kids aren’t demanding to see it. Jim Henson is long dead and gone, and the charm has kind of worn off the puppets. It’s a shame, but there it is. They spent a lot of money on this, not comic book effects picture money, but I don’t see another film coming out of the Muppets any time soon

The studio releasing “God’s Not Dead” didn’t want their picture reviewed, just unleashed on the public. It’s doing quite well on 700 or so screens. “The Grand Budapest Hotel” opens much wider this weekend, and isn’t improving its numbers that much, which backs up the strategy of platform release for Wes Anderson pictures. No point in sending it out everywhere at once. The top end isn’t that promising.