Movie Review: “Deany Bean is Dead,” but is she funny? 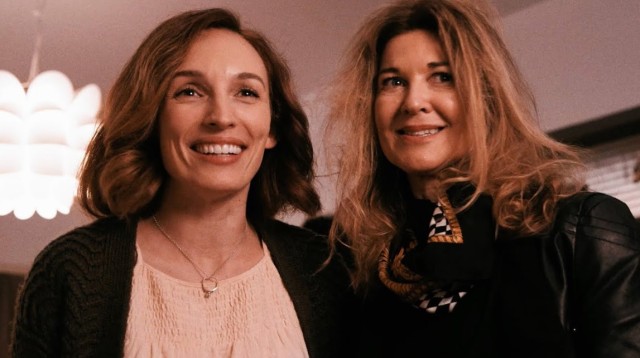 You can’t grade movies on the curve, as much as filmmakers wish you would. It’s all about story, and characters and performance and entertainment value.

Budget, “degree of difficulty” getting it made don’t matter.

But if they did, that might be the tipping point for “Deany Bean is Dead.” It’s the sort of movie critics “root for,” a little no-budget affair of the type one can throw together in Los Angeles, just based on the available “idle” talent there.

Actress-writer Allison Marie Volk (she had a small part in “The Lone Ranger”) concocted a deadpan “cringe” comedy for herself, and it darned near comes off.  And even though it never quite gets there, it passes the time lightly, if darkly.

Deanna (Volk) is stalking her ex-fiance’, in person and on Facebook. That’s a distraction she doesn’t need, as her harridan of a boss (Wendy Wilkins) is already riding her for being “an idiot.”

She  tries to cope with her misery, grief and jealousy through a “spiritual meditation trauma support group.” It’s California, so it’s a thing. Not that it’s helping.

And maybe she shouldn’t be hooked on “The Murder Macabre” podcast, whose storyteller narrates our “scorned lover” tale, and quite luridly. HE’s the one seemingly giving her ideas about what “the vengeful knife” looks like as she’s shoving it “deep into the course of your greatest pain.”

That would be the ex, Tom (Christopher Glenn Cannon). Or maybe it’s the woman she’s nicknamed “Yahoo” (Sarah Siadat), whom Tom just ran off to Peru with and asked to marry him.

Safety tip — never scream at and abuse the person you put in charge of your lunch every day if you have to keep an epi pen in your purse and hope somebody around you knows how to use it.

As our narrator podcasts about “What to do with the body,” Deanna — “Deany Bean” to her ex — decides to bury the woman in her trunk in her ex’s yard. Only he and “Yahoo” are back from Peru, throwing a little dinner party, and Angela, aka “Yahoo,” interrupts her. Not knowing who Deany is or her connection to her fiance (at first), she invites her in.

Let the awkward evening, which includes that ex, a “very rude” guy Deany met at meditation (Colin Taylor Martin) and other people who don’t want to see her any more than she wants to see them. 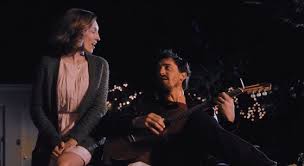 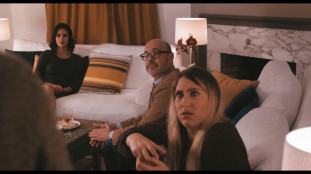 The script has coincidences and twists that just pretzel-up the awkwardness. The direction is perfunctory, lacking the extreme close-ups that deliver bigger laughs — the Coen Brothers/Barry Sonnenfeld Rule.

There’s enough here to provoke a smirk, here and there — maybe a chuckle. And one of the tiny surprises shows us how charming this all could have been.

We kind of watch every appalling thing happen at a distance, hoping we’ll get more than a giggle out of what comes next. And we never do.