The End of Allen? Amazon may not release Woody’s latest, “A Rainy Day in New York” 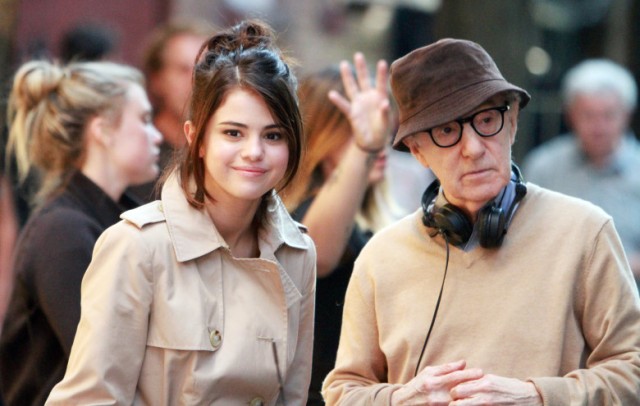 Maybe it’s the #MeToo eruption that Ronan Farrow kicked off with his Harvey Weinstein expose, the suction from that pulling Woody Allen down with Ronan’s ongoing accusations about a one-time father figure who can’t keep his hands (says Ronan) off children.

Maybe it’s the pervy and not exactly novel (for Woody) plotline about a leading man pursuing a sexual relationship with a girl he thinks is 15, a central feature of his latest film.

Or maybe Amazon has seen the finished film, and thought “Release this, or eat the $25 million that it cost,” and decided to chow down.

Allen’s 2018 film, “A Rainy Day in New York” won’t come out in theaters this year, may not see the light of day (not right away) on Amazon.com. And will there be future Allen/Amazon projects?

Allen already has a film allegedly in pre-production, that won’t film in time for release next year.

An 82 going on 83-year old man with lingering accusations of sexual impropriety with a child — Allen may not get another film in the can. Toback? Polanski? Weinstein? They may all be done.

As somebody who interviewed him several times over the years, after he was forced to do press again thanks to the Mia scandal/Soon Yi marriage, and hoped against hope that the accusations were exaggerated (A lot of people did at that time, and reading Mia’s book tended to paint her as a nut.), it took me a while to get my mind around (to use an Allenism) what we were being told.

But the jig certainly seems to be up, and seriously, with all this floating around him he chooses to insert a “Manhattan II” storyline into a film? He’s begging to be banned from ever making another movie.

1 Response to The End of Allen? Amazon may not release Woody’s latest, “A Rainy Day in New York”