Netflixable? “To All the Boys I’ve Loved Before” 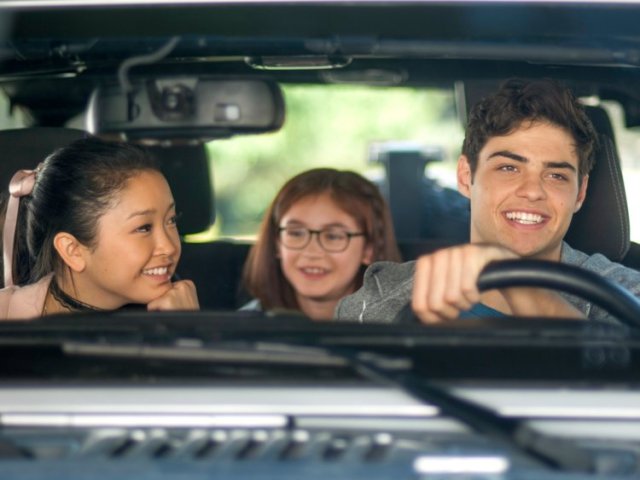 Netflix’s full court press into teen romantic comedies raises its won-loss percentage with “To All the Boys I’ve Loved Before,” a well-cast, well-acted charmer from the director of “Carrie Pilby.”

No, me neither, but Susan Johnson ensures this adaptation of the Jenny Han novel maintains a wistful, winsome view of first love, first scene to last.

Casting does it. Lana Candor graduates from small parts in “Patriot’s Day” and “X-Men: Apocalypse” with this fresh, unforced turn, playing a shy teen who keeps a diary and more importantly, keeps a hope chest of letters to every crush she’s ever had.

She’s 16, her older sister Margot (Janel Parrish) is headed to college in Scotland, and as she’s embraced that “You can’t go to college with a boyfriend” ethos, maybe shy Lara Jean (Candor) can tell Big Sis’s beau Josh (Israel Broussard) how she really feels.

But when baby sis Kitty (Anna Cathcart) mails those letters — to the guy Lara Jean crushed on in seventh grade, to the fellow she hearted in camp, another at Model U.N., etc. — SOMEbody’s life is about to get complicated.

Josh is on that list, but a mortified Lara Jean realizes what Kitty before Josh can confront her. Peter (Noah Centineo) drives a Jeep, has a whole Young Joe Manganiello vibe — funny, cute, masculine, confident. And as Lara Jean crushes on Josh and he would love to get Hot Gen (Emilija Baranac) back, maybe they can fake a relationship that will both get them what they want.

There’s a negotiation, a “contract.” No, he can’t keep locking lips with her in public. He got the wrong idea from her long-ago-written/just mailed note. He figures “You have my face tattooed on your ass.”

She’s like, “How about this? You can put your hand in my back pocket.”

“Hand in the back pocket? What the hell’s that?” 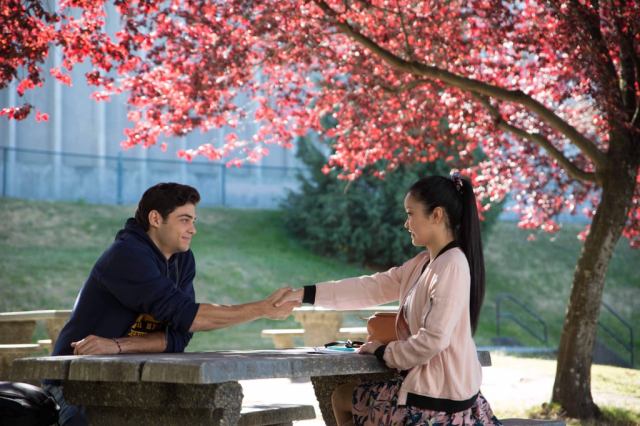 They’ll do stuff together — “PARTIES are in the contract.” He’ll pass her notes. The invisible Lara Jean suddenly gets noticed by the Mean Girls. But if it their plans pay off, by class “ski trip,” notorious for its sexual activity, they’ll be split up and hooked up with their dream dates.

Their chemistry is the stuff rom-coms depend on.

Widowed Dad (John Corbett) just happens to be an gynecologist — setting up a frank, funny talk about pregnancy prevention.

One of Lara Jean’s “crushes” from long ago has grown up to be ready to be her GBF — gay best friend and confidante (Trezzo Maharo, fun and spot on).

And this sunny little romance is set in lovely Vancouver, finally not made up to resemble New York or AnyTown, America.

Netflix’s teen films position it right where those John “Sixteen Candles” Hughes rom-coms were, back in the day — sassy, smart, culturally aware. Yeah, kids are sexually active younger, but you can suggest that and be responsible about it.

And you can deliver consequences, to underscore that point.

We know so much about where this is going that expecting this to surprise anybody over 15 is a reach. Abrupt shifts in the narrative are jarring, voice over narration is lazy filmmaking, no matter how much it’s “from the novel.” But Johnson’s film holds its own with earlier winners in the Netflix stable, movies often directed by women.

“To All the Boys I’ve Loved Before” is more proof that Netflix has not just elbowed itself a place at the table, its knocked the table over and reset it by its rules.

Credits:Directed by Susan Johnson, script by Sofia Alvarez, based on the Jenny Han novel. A Netflix release.