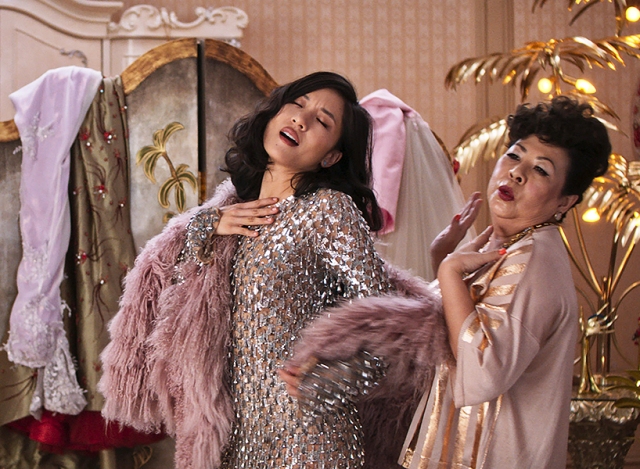 So my initial hunch that the heavily-hyped “Crazy Rich Asians” would overcome the lack of star power in the cast and the narrow demo in its marketing and hit $35 million was more on the money than all the kvetching many of us did when the film opened mildly and didn’t set the world on fire before the weekend. $30 million was the consensus, with a few folks figuring high $20s as its opening week ceiling.

“Crazy Rich Asians” has made over $34 million since Wed., over $25 million for the weekend. It’s a Westernized Chinese diaspora comic sensation! Or something like that. Big hit, especially for August.

“The Meg” finished second with another strong weekend — $21 million and change.

“Alpha,” a surprisingly good (above average, anyway) kids’ action film about a prehistoric boy and the wolf who becomes his prehistoric dog, only managed $10.5 million.

“Asians” was the only one of the new releases to have any brand identity, thanks to Kevin Kwan’s hit trashy novels. Yeah, there are two others. So brace yourself for more of the same. Kudos to Warners for marketing the hell out of that thing.