Box Office: “Ready Player One” opens big abroad, will it underwhelm at home? 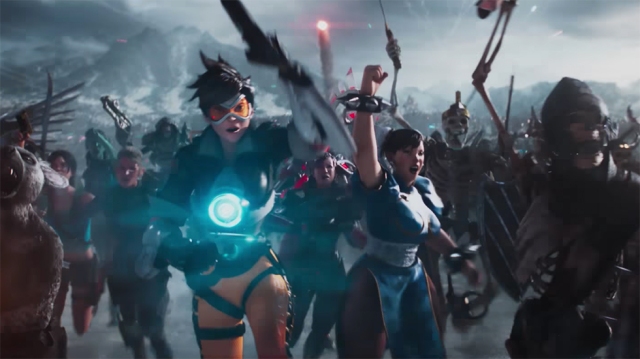 The shrinking importance of the North American box office to Hollywood is underlined by the increasing number of films that open overseas before making their bow in the U.S.

“Ready Player One,” which cost in the $175 million range, will turn a profit and almost certainly do so thanks to a healthy opening abroad. It’s already at $140 million and counting, per Deadline.com.

Domestically, expectations are somewhat lower thanks to poor “early tracking” — the trailers, which give virtually none of the razzle and dazzle away, weren’t good. Earliest reviews were weaker than the final Metacritic/Rottentomatoes numbers for it.

That said, Box Office Mojo figures it’ll clear $41-50 on the long Easter holiday weekend. Earlier predictions were in the $35 range.

I am guessing word of mouth among its target audience — gamers — and the more effortlessly inclusive nature of its cast and the sheer spectacle of it will drive it even higher. That video game audience is bigger than the fairly large built-in audience of readers of Ernest Cline’s novel.

And Spielberg’s name still has cachet, although he’s not been in the “Let’s make mass appeal movies for under 25s” business since his “Jurassic Park” days, really.

With all that re-built “Let’s go to the movies” drive in under 30s built by “Black Panther” and the potency of the under 18s proven with “Jumanji,” “Ready Player One” could clear $60, even blow up to $70+, tracking be damned.

As I said in my review, it gives the people what they want. But we’ll see how many of them want it.