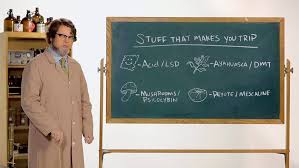 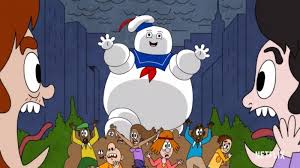 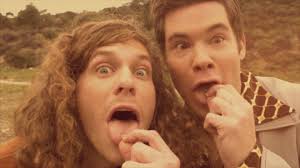 Hallucinogenic drugs such as LSD and mescaline, the active ingredient in Peyote, aren’t addictive.

And in studies, only now being renewed after decades of criminalization, they show promise in helping with anxiety, depression and other forms of mental illness.

That’s the serious side of the argument that “Have a Good Trip” Adventures in Psychedelics,” a new Netflix documentary by veteran “Simpsons” writer Donick Cary.

But aside from all that, as our “brown-acid” lab-coated host Nick Offerman reminds us, “they can also be hilarious.”

Sarah Silverman describes “the tipping point,” that moment that “always (arrives) when you say, ‘I don’t FEEL anything.'”

Sting remembers “trees WAVING at me,” on his farm, before being summoned by a farmhand to help a cow give birth.

Nick Kroll roars with laughter at the tripping friends who buried him in sea kelp, and he tripped over how much he enjoyed the experience.

And Ben Stiller is here to point out that “a few minutes in, I knew I never wanted to do this again.” So he didn’t.

You remember that there’s a reason nobody ever saw The Grateful Dead straight. We laugh at the old cautionary government instructional films that “exaggerated” the dangers.

There’s even a recreation of an “After School Special” (this one starring Adam Scott) and the warnings that sort of programming passed on. People are always “jumping through windows” on acid, the oft-repeated myth goes.

The “one with the universe” and “connected to the Earth” and “your hand becomes translucent” commonalities are explained.

We’re told that the movies and their many LSD trip simulations (“Across the Universe” had my favorite) “never get it right,” except for that moment in “Fear and Loathing in Las Vegas” where Hunter S. Thompson (Johnny Depp) sees the casino carpeting turn into a moving melange of paisley and purple.

But then we hear the now-dead Anthony Bourdain’s story, of idolizing Thompson and wanting to take same risks as a teen, going on a “road trip” and picking up hitchhiking exotic dancers and one of them “Pulp Fiction” dying on them in their motel room (she didn’t, actually).

And the now-dead Carrie Fisher talks about how LSD takes planning, setting aside time, finding a safe space and “friends” you actually know to take it with, that “it’s a very HARD drug to take” and that she went so far as to have “outfits that went with acid, MUSIC that went with acid, makeup that went with acid,” the amusing humiliation of being nude and blitzed on a tourist beach in the Seychelles (“Travels with Acid”).

She mentions John Belushi first turned her on to the drug. And others talk about Dead concert experiences and Jerry Garcia, and you remember, “That dude’s dead, too.”

And you think, “Donick Cary, maybe if you weren’t tripping when you edited this, you’d figure out that all these DEAD people don’t really make your ‘legalize it/harmless’ case for you.”

No, it wasn’t LSD that killed any of them. But, well, not one of the dead confined their mind-altering substances to mushrooms, soaked sugar cubes or coated tabs of paper.

Instructions include “cover all your mirrors” if you don’t want to over-scrutinize your appearance. Always a mistake. And while one and all preach “Don’t DRIVE high,” here’s Judd Nelson and Silverman and soooo many others talking about their experiences in automobiles “tripping my balls off.”

Suggestions of “psychotic episodes” (bad trips) that make this mind altering or consciousness “expanding” experience “not for everyone” are cautionary, but glibly passed-over. The idea that “retreats” could be set up for people (with money) to commune with nature under the influence and under supervision is endorsed.

But as anybody will tell you, hearing about other people’s benders or drug trips has its own tolerance level, and for most of us, it’s “OK, you stared at your hand for six hours. Great. Now, how about this weather?”

Maybe pitching this right now, with democracy in peril and American carelessness getting a lot of people killed, is, you know, messed-up. It’s flippant and glib, sure. But there are too many dead people in it for it to make its “so very safe” point.

Credits: Written and directed by Donick Cary. A Netflix Original.