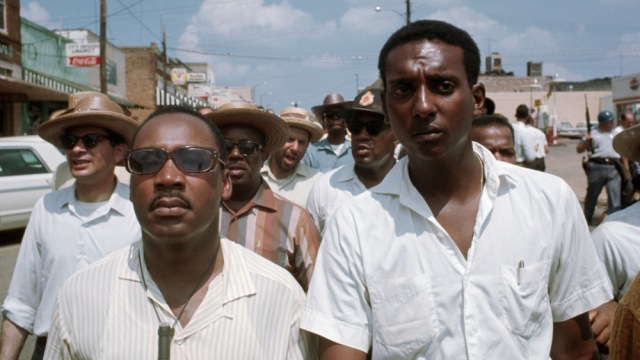 Martin Luther King, Jr. was often introduced, as he was in his final “I’ve been to the mountaintop” speech in Memphis the night before he died, as “a Moses for our times.”

He was eulogized at his funeral as a man “sent out as a Moses into the wilderness of this nation’s injustice.”

But the last year and a half of his life saw him in his own personal wilderness. He was a leader struggling to keep his 12 year-old movement relevant, straining to get divided America to embrace his more inclusive “Poor People’s Campaign,” arguing with the otherwise supportive President Johnson about the Vietnam War and hoping just to be heard in a country and a community that he felt was tuning him out.

“King in the Wilderness,” director Peter Kunhardt’s fine, moving documentary for HBO, remembers those troubled final days on the 50th anniversary of King’s murder. Kunhardt, known for directing films about Nixon and Gloria Steinem and for producing the Ben Bradlee “Newspaperman” film, assembles the faithful — King’s inner circle and surviving members of the Johnson White House — one last time to summon up 18 months of turmoil, frustration and fatigue.

In late 1966 King, the Atlanta “co-pastor” of his father’s Ebenezer Baptist Church, could look back as he said, “on a solid decade of progress in the South.” His non-violent strategy of marches, protests, boycotts and speeches had paid off  in sweeping Civil Rights and Voting Rights legislation, in a zeitgeist that had turned the tide of historical discrimination and injustice. But the Vietnam War was escalating, economic injustice and the futility of the inner cities was leading to summer riots.

The giddy high of 1963’s “I have a dream” had, “at many points” King told TV’s Sander Vanocur, “turned into a nightmare.”

“The nation had turned against him,” his closest aid, Andrew Young remembers.

His lawyer Clarence Jones calls this period “the most difficult time of his life.”

Kunhardt found shots of King playing pool with poor folks in Chicago, there to help the push for better housing and economic opportunity, a recording of him calmly haggling with LBJ over the phone over Vietnam, and close friends like the singer Harry Belafonte, Marian Wright Edelman and Xernona Clayton talk of an exhausted man who told them, “It  doesn’t matter how long you live, but how well you live.”

Much of that material is familiar, collected in other documentaries (PBS’s “Eyes on the Prize” series is the definitive filmed account of The Civil Rights Movement).

What’s new here is Young recalling King’s first college love, with a white woman who would never have earned the approval of King Sr., how even that pointed him towards his work on equality in America, of goofy pillow fights with his staff in the Lorraine Motel, in Memphis, the day before he was gunned down.

What we forget is the grace and dignity his widow, Coretta Scott King, displayed hours after his death, her touching visit with Jackie Kennedy the day of the funeral and a funeral caisson, a simple wooden wagon drawn by mules, surrounded by thousands. 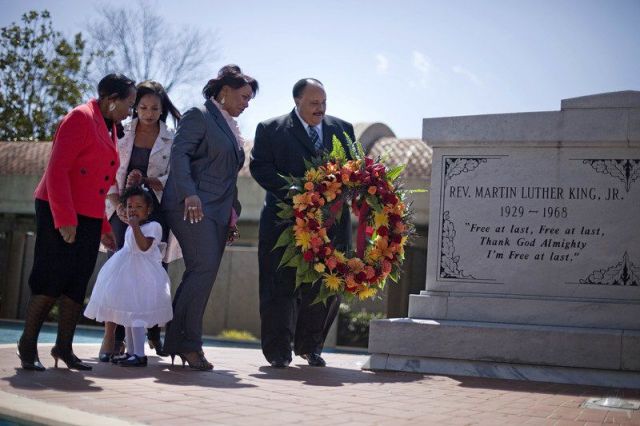 Documentaries more than any other genre of film sink or swim due to their subject matter. In King and his last days, Kunhardt has found a rich subject, one that could only be illuminated by that shrinking few still around who remember the highs and lows, fifty years later. Kunhardt and HBO have made a film that’s not just rewarding and quite moving, but important oral and visual history, a movie worth watching even if you think you’ve read or seen all there is to know about this seminal figure in American history.