Oscars, Best Picture: Where do we stand?

Posted on November 26, 2013 by rogerinorlando 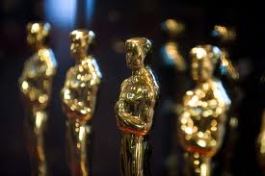 Here on the cusp of Thanksgiving, various Oscar races are shaping up as the field narrows and potential contenders either join the mix or fall by the wayside.

Best actor seems like a Redford, McConaughey, Dern, Ejiofor, Hanks and possibly Forrest Whitaker field. Dern might be the odd man out. Oscar Isaac could sneak in there, but “Inside Llewyn Davis” isn’t a best picture contender. Not in my book.

Actress has Bullock, Emma Thompson and Cate Blanchett and whoever else can hold a candle to those three Oscar winners. Seen “Philomena,” not sure if it ranks as top drawer Judi Dench.

McConaughey could land a best supporting nomination, too. Maybe they’ll pitch “Mud” that way. Sam Rockwell in “The Way, Way Back,” maybe Stacy Keach or Will Forte in “Nebraska. ” Why not Tom Hanks or Jason Schwartzman from “Saving Mr. Banks”? Paul Giamatti has a sweet, undemanding role in that one. Could a make-good nomination be in order for him? Tobey Maguire in “Gatsby.” Spitballing, here.

Best supporting actress is more “Well, who can we remember?” than usual. June Squibb in “Nebraska” kills. Carey Mulligan, maybe, for “Inside Llewyn Davis,” otherwise, drawing blanks there.

“Gravity,” “12 Years a Slave,” “Dallas Buyer’s Club,” “Saving Mr. Banks,” “Captain Phillips,” maybe “Nebraska,” “The Butler,” “Mud,” possibly “Blue Jasmine” (uh, no) or “Inside Llewyn Davis” (again, less likely), maybe even “The Great Gatsby,” a movie nobody is talking about but had the necessary requirements — big stars, great performances, a hit and prestige.

“August Osage County” may have nominations, but the best picture buzz is nil.

A couple of friends and a few Oscar bloggers are talking up “Before Midnight.” Long shot, worthy film.

“American Hustle” and “Wolf of Wall Street” are wild cards, at this point. I don’t see “The Butler” as being best picture worthy, but it still gets talked up that way. A bit less than this summer. Same with “Blue Jasmine,” which seems like a Cate contender, but not a best picture one.

“Her” I see today. A long shot? Longer than “Walter Mitty”? Perhaps.

1 Response to Oscars, Best Picture: Where do we stand?