Movie Review: “Phoenix, Oregon” has its own “Big Night” 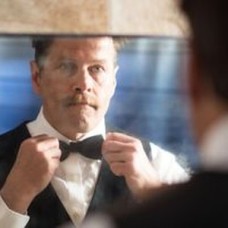 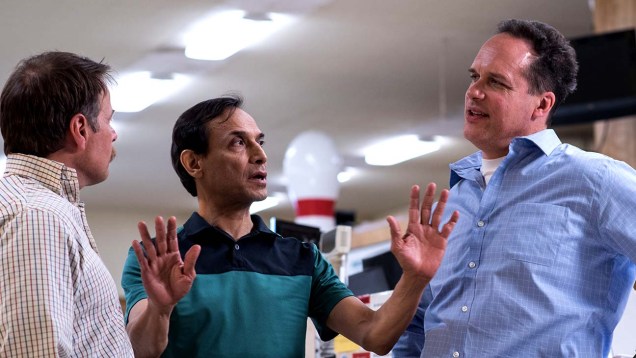 Even indie films can be “high concept,” a movie whose premise can be summed up in a single, short sentence.

“Phoenix, Oregon” is “Big Night” in a bowling alley.

That 1996 dramedy, with Stanley Tucci and Tony Shalhoub playing two brothers rolling the dice, trying to make a splash with their “traditional” Italian restaurant in small-town New Jersey, is a landmark in independent cinema, a template for what a good indie film can be. Under-utilized actors invest their hearts and souls in a film that touches viewers, finds its audience and changes their career trajectories.

“Phoenix, Oregon” has a bit of that about it, a quintet of all-in performances by James Le Gros, Lisa Edelstein, Diedrich Bader, Kevin Corrigan and especially Jesse Borrego that render an intimate but predictable story so engaging we don’t mind getting ahead of it.

Writer-director Gary Lundgren (“Redwood Highway”) has conjured up another penny plain story with a vivid sense of geography and just-colorful-enough characters, a film about abandoned dreams awakened in a new form, old wounds finally forgotten in spite of the scars they’ve left.

Veteran character actor James Le Gros (currently on “Hunters”) has been around since “Night Rider,” and lands a rare lead here. He’s “Big Time Bobby” Hoffman, a guy well over 40, living in an Airstream trailer his mother left him, still tending bar.

A one-time art school kid, he dreamed of comic book glory, drawing and writing stories he can’t find the gumption to pitch to publishers. His life’s highlight might have been the night he bowled 300 at the local lanes. Or maybe it was his marriage, which ended and which he cannot keep from obsessing over, rehashing it in his head and on the drawn page.

He puts up with the “douche” of a boss (Diedrich Bader, amusingly despicable) who steals his staff’s pooled-tips at the town’s one quasi-pretentious eatery (This was filmed in Klamath Falls, as Phoenix, Oregon is but a wide spot on I-5).

But the chef there (Jesse Borrego) thinks “there’s passion still swirling beneath all those failures, all those regrets” Bobby wears in his scowl. He’s got an idea to reopen the town’s bowling alley, calling it “Rising Phoenix,” and sell high-end pizzas of his creation along with the finest craft beers, wines and boozes that liquor dealer Tanya (Lisa Edelstein of “House”) can provide.

Chef Carlos is the sort of guy who tells people to “close your eyes and imagine…” A lot. But he’s a seductive pitchman and Borrego (“Fame,” “Dexter,” “Fear the Walking Dead”) is just mesmerizing in the role.

They’ve got some of the cash needed for start-up. But Tanya’s working with this hot-shot venture capitalist (Reynaldo Gallegos), one of those high-fiving “types” who uses the phrase “At’s what I’m talking about” and is all about a local legalized weed outfit he wants to take public.

Sure, he’s in, the “angel” investor that puts the dream within reach.

Grizzled screen smartass Kevin Corrigan (“Pineapple Express”) is the only guy in town who can fix the ’60s vintage lanes and repair the pin machines. He reams them on the cost, and rides Bobby like a hobby horse over his long-ago bowling glory.

“You haven’t seen the ACTION on my ball! You’re going WAY downtown, where the HEDGEhogs frown!”

The story’s predictable path gives us romantic entanglement, idealism facing pragmatism, a “Big Game” (opening night bowling tourney)  and nothing at all that we don’t see coming five ways from Sunday.

Some of the wrinkles in Bobby’s character feel contrived to fit the needs of the script. Edelstein’s Tanya likewise has a hint of “that doesn’t feel organic and authentic to the character” about her.

Le Gros has some bowling form, as does “Dreey Carrey Show” vet Bader. Corrigan? Well, it was nice of them to introduce him to the sport.

I’ll bet the “how this movie got made” story is interesting, too. Le Gross was in Lundgren’s “Redwood Highway,” and in the last episode of Edelstein’s series “House.”

What they collaborated on has an easygoing charm that puts it over, even if we remember the films that inspired it a little too well for its own good.