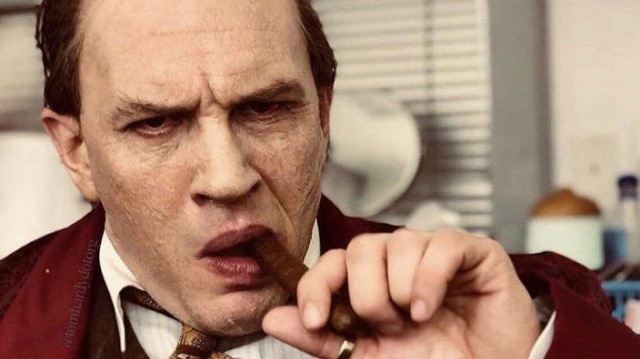 If “accuracy” should never supersede the demands of “story” in a screen biography, then Josh Trank’s “comeback,” an account of the last months of mobster Al Capone’s life, can be dismissed as a total write-off.

Starring Tom Hardy in a “Method” immersion into “Capone” that borders on utter incoherence, playing the syphilitic psychotic after he’s lost much of his mind and most control of his bowels, it’s far more interesting than that.

The Dark Knight’s “Bane” sounds like Alan Rickman reciting Shakespeare by comparison, the demented growl further muffled by an omnipresent cigar. This Capone is a study in diseased, malign decrepitude, balding, lurching, scarred — with eyes that give away the memory of murderous menace, guilt and maybe even regret.

The most obvious read in those eyes, straight off, is confusion. The performance may be challenging, almost inaccessible. But you can’t say it’s “wrong.”

Trank (“Chronicle” was his big break, “Fantastic Four” his undoing) captures Capone in his gauche Miami mansion, celebrating the last Thanksgivings of his life. He may be running out of money and is certainly far removed from mob power. He served ten years in prison for tax fraud, undone by the IRS. Now, the Feds are watching and listening for anything else he might give away as lives out his last days in tacky splendor.

He romps with the grandkids, “Godfather” style, in the film’s opening. By the end, he’s in a diaper, his paranoia matched by his incontinence.

Strokes are stalking him, but his embittered wife Mae (Linda Cardellini) accepts that at least now, she has “peace and quiet.” The threat of drive-bys, gang wars arrest are far in the past. He growls “I love you,” and she acts as if she’s never heard the phrase in her life.

“He don’t scare me” is all she’ll say to “the men” they keep close by, to the doctor (Kyle MacLachlan) the Feds have coerced into treating him.

The family is near, but these collect calls from Cleveland point to an estranged son that nobody but “Fonse” knows about. That matters to no one. What does he have to pass on to anybody, even his son by Mae (Mason Guccione)?  Nothing.

Except, in his sentient moments — when he’s not dreaming of his salad days, banquets where he was feted and Louis Armstrong was the entertainment — he remembers something.

There’s a potential “treasure hunt” the movie might have explored, to farcical effect. But Trank takes all this ugliness too seriously for that.

Capone is haunted by his murderous past, still seeing the blood spilled in his name by his still-loyal lieutenant (Gino Cafarelli). He can still make “cut your f—–g head off” threats to anybody who makes moves to sell his ugly statuary. But he’s in no position to follow through.

Unless it’s a gator who steals a fish and his rod from his boat while he’s out with old pal Johnny (Matt Dillon). Old Alphonse fetches a shotgun and blasts the offending reptile.

“This is what happens when people spend too much time in Florida. They turn into f—–g HILLbillies!” 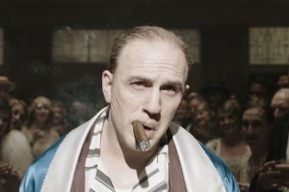 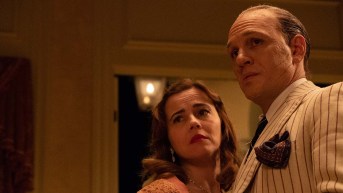 Hardy is unshakably in character, first scene to last, chomping on that cigar and later a carrot when the doctor orders a substitution, fending off fresh Federal interrogations, fantasizing a Biblical Tommy Gun vengeance upon “these people” he no longer recognizes around him.

It’s not “Scarface” colorful, and the scattered flashbacks — seeing his boyhood self — don”t reveal much of anything. It’s as if Trank wanted to ensure this wasn’t  some anti-heroic celebration of a monster, and stripped the glory, sympathy and psychoanalysis out of the story down to the point where no one would make that mistake.

But Hardy is fascinating to watch, first scene to last, an actor wholly committed, as always, even if the script for this showcase feels incomplete or straight-to-video.

Written and directed by Josh Trank. A Vertical Entertainment release.