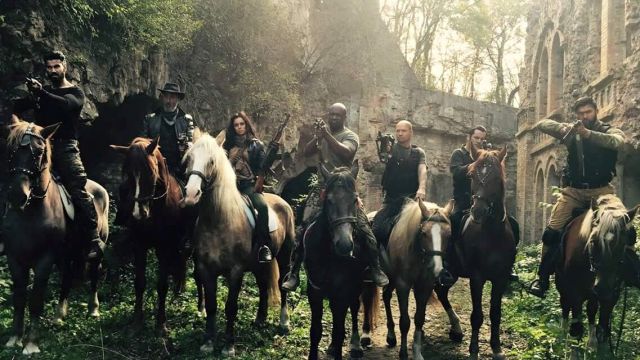 Producer-writer-director Harald Franklin didn’t want any confusion about the inspiration for his movie, ” “The Glorious Seven.” He put images from “Seven Samurai” and “The Magnificent Seven” right in the opening credits of “Glorious.”

Quick question though, Harald. Have you ever watched either film? Because aside from the fact that there are (roughly, give or take, maybe more) “seven” hero/mercenaries in your Nicaraguan-set action epic, there’s virtually nothing else that connects with the earlier films.

These seven are mercenaries who take $2 million to go rescue a kidnapped trophy wife (Julia Mulligan) of a ruthless Latin American land baron (Fernando Carrera). As we’ve seen the kidnapper (Fernando Corral) freed from a chain gang by cutthroats who killed the police who guarded him, and we’ve witnessed the “massacre” that was a part of that kidnapping, and we’ve ALSO seen the sexual assaults that the brutish land baron uses to keep his imprisoned wife in line, the viewer faces a quandary.

Who exactly do we root for here?

We’re no longer in the hands of impoverished warriors of feudal Japan or the Old West fighting for their next meal, fighting for embattled, helpless villagers against rapacious bandits.

So “The Glorious Seven” starts with no real point of view. Then it dallies and stumbles and takes forever to get underway as Guerra (Jerry Kwarteng) and his mixed martial arts partner Ryan (Maurice Nash) are hired and  re-assemble their team.

Even that’s wrong. The way every movie from the assorted “sevens” to “The Expendables” introduces the principals is in showcase moments where, say, Toshiro Mifune shows off his character’s untrained fighting style or James Coburn demonstrates skills with a knife.

Here, we go to Russia to round up an old friend who has an old beef with Guerra (Maksim Kolesnichenko), or visit the bar/club where Dennis (Ilker Kurt), a sometimes arms-dealer ogles his pole dancer.

She’s the most heavily-clad pole dancer in the history of poles, dressed as a flamenco or belly dancer.

After the opening kidnapping, the team-formation and everything after that which we’d call “story” is sluggish, slapdash, stuff and nonsense — none of it entertaining, or even ridiculous enough to be any fun.

The shootouts are OK — well-staged and shot. And the collection of firearms…interesting. One underling is running around with a WWII vintage Thompson submachine gun. The prop house must have run out of pump shotguns and AK47s to rent.

They filmed this thing in Spain, Costa Rica (passing for Thailand), Ukraine and Rome.

And the dialogue sounds like the sorts of grating, clumsy usages that would earn you a C in ESL (English as a Second Language) class.

“More than five years before, he took five millions dollars from me!” Before, what? “We haven’t heard a thing from him. And nor from her.”

It’s so…off that you start listening to the voices and looking at the mouths to see if the whole enterprise is Eastern European and dubbed.

Far too many of the voices of supporting players sound like one guy did all the looping. Not a cardinal sin in itself, as the earliest James Bond movies were looped to death — one actor’s voice covering a slew of bit players. 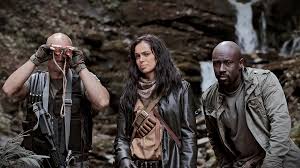 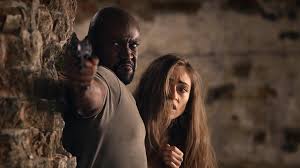