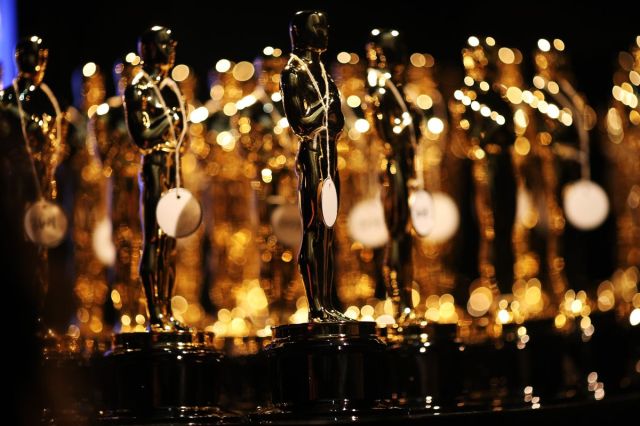 The longer I review movies, the more disconnected from the Academy Awards I seem to be. Disinterest settles in early in “Awards Season” and doesn’t abate with”Holltywood’s Big Night.”

I barely bother to watch the damned thing any more.

It’s not just the run up, the campaigning and Fantasy Football level hashing out “Who has Oscar buzz?” and “Who SHOULD have it?” that’s dispiriting. Taking the longer view, it’s the amount of nonsense, the self-importance and idiotic clumsiness of it all.

The Academy has never been a meritocracy, although greatly expanding its electorate and inflating the number of Best Picture contenders has at least ensured more populism and more diversity in the process and its product in recent years.

Has that made the TV show better? Has that led to winner after winner that will “stand the test of time,” movies guaranteed to be designated “classics” destined for whatever future platform does away with American Movie Classics and Turner Classic Movies?

Those are rhetorical questions that can only be answered with a question — “Seriously?”

The animated film I know I will be watching again in two, or ten years, is “Isle of Dogs.” I have seen the Best Picture, Best Actor Winner and the flm that should have produced the Best Actor (Bale, “Vice”) a couple of times already and will come back them and “The Favourite” in the future.

The Academy and its show producers have obsessed over running time and plunging ratings, and tied the two together — stupidly. When you’re watching winner after winner gasping for breathing lest they be “played off stage,” you know somebody’s missed the point.

They got their shorter show. They delivered a more diverse lineup of films — and honored some very popular ones. And shockingly, the overnight ratings (big cities only) showed a 14% spike over last year’s “all time low.” The curiosity factor was high, with all the hoo hah over host/no host, categories added and yanked, etc. That, and nominating popular movies helped.

I have never been a huge fan of this pageant, but starting with the whole “playing them off” obsession with time — gutting what could have been moving acceptance speeches from the likes of Martin Landau — I’ve found the show more irritating than entertaining. And almost never moving.

Spike Lee will never get another Oscar. It took Jordan Peele producing to get him to the podium last night, and there was no sadder sight than Lee, a legendary career behind him, mostly indifferent movies in his present, not being allowed to have his moment — savor it — for co-writing “BlackKklansman.” Rushing through thanks, tributes and politics. Being a Scrappy jerk in losing — vintage Spike.

Peter Farrelly, likewise, will not likely get to that point again after a long career in low comedy. He completely blew it on his screenwriting acceptance, calming down just a little when the Big Prize also went to “Green Book.” A laundry list of “thank yous” makes for terrible TV. He doubled down on it in winning Best Picture. Let Octavia have the final say (a producer).

I felt no real investment in this year’s crop of contenders — “The Favourite” was the best of them, “Green Book” and “Bohemian Rhapsody” let us feel compassion and um, “sparked joy.” It’s no wonder the raging Lady Gaga brigade spent the past two months attacking them. They were perfectly OK movies, as was “A Star is Born,” “Vice” and most of the rest of the Best Picture contenders.

“Green Book” winning was no “upset,” any more than a “Roma” or “Star is Born” or even “Bohemian Rhapsody” win would have been. They’ve all had their share of pre-Oscar honors and all were in the discussion.

A sentimental Academy would have honored “BlackKklansman” with that award. Spike Lee certainly thought so. He stormed out when “Green Book” was, for a variety of reasons.

A younger Academy electorate means that “lifetime achievement awards” are all actresses like Glenn Close will ever get from here on out. There are scores of these “best actor/actress never to win an Oscar” contenders. Whatever career Olivia Colman has had, no matter how good she was in “The Favourite,” a Hollywood that acknowledges consistent excellence going back generations would have honored Close there.

Regina King has been better in several films than she was in the under-heralded “If Beale Street Could Talk.” But she won for the least interesting role/performance in that field. But as Emma and Rachel already have Oscars, it was her turn. I guess.

Mahershala Ali is two for two, thanks to “Moonlight” and “Green Book,” and a more diverse Academy suggests every Oscars from here on out will go out of its way not to ignore great performances, and perhaps even do it in a color blind way.

Rami Malek won Best Actor based on several magical moments of impersonation in “Bohemian Rhapsody.” Christian Bale was positively transformed in “Vice.” Better performance, but then Bale didn’t have to dance.

“Black Panther” won mostly honors that it deserved. A cultural-touchstone event, it was still, at the end of the day, a middling superhero genre picture and not worthy of Best Picture consideration. But with the Oscars becoming more diverse every year, that should broaden the appeal and the audience, in the long run.

In TV awards shows, diversity for diversity’s sake is a perfectly acceptable means to an end.

“Roma” should have never been a Best Picture contender. I saw it on the big screen, and it felt small screen, indulgent, a Best Foreign Language contender (and not the best of those this past year) and no more. Alfonso Cuaron is a great director, this wasn’t a great movie. That it was the odds-on Oscar favorite shows you how many Oscar prognosticators have never seen a REAL black and white Fellini film of the sort Cuaron was paying homage to. “Roma” is but a shadow of “Fellini Roma” or “La Dolce Vita.”

That cinematography win for this movie was an acknowledgement that the Academy has boosted membership, and has gotten young and callower in the process.

And as I have said from the start, when Hollywood gives a Netflix movie its top prize, the game is up for the Big Screen experience and The Academy Awards as we have known them.

But truthfully, the game is already up. This telecast, no host but plenty of game presenters (Trevor Noah, Mike Myers and Dana Carvey, cute), will not stop its ratings slide and seems destined for Oscars.org streaming.

That’s kind of how I experience the telecast anyway — that “Sports Center” viral video truncated version of a generally tedious TV show.

Maybe then, when they’re just streaming the show, they’ll let the winners speak as long as they like.

That “Last Oscars” day isn’t here. Yet. But you can see the end from what we’re seeing right now.