Posted on August 5, 2017 by rogerinorlando

Years of hype, speculation, studio changes, director/screenwriter, and many many cast changes and FINALLY Stephen King’s “The Dark Tower” books have reached the big screen.

And the film may…MAY…take the top spot on its opening weekend. After taking a critical pounding, after Sony hid it from view until the last second, spending $60 million on a potential franchise pic in which they combined a few of King’s books and…after a solid if underwhelming Thursday night opening and decent Friday — $18 million.

Going from J.J. Abrams and Daniel Craig and/or Tom Hardy to Ron Howard and others to an untested director, many screenwriters and Idris Elba and Matthew McConaughey, it plays as played — as in played-out. They lost their nerve, kept costs down and burned through material and ended up with an exhausted, half-hearted bust.

“Dunkirk” is looking at a $17-18 million third weekend, and will clear the $130 million mark by midnight Sunday. 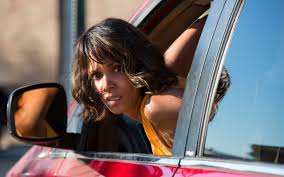 “Detroit” and “Kidnap” are the other two wide releases opening this weekend, and Halle Berry’s nervy if illogical they-stole-my-little-boy thriller looks to pull in close to $10 million, edging “Atomic Blonde,” which will finish in the $8 million or so range. “Detroit” earned wonderful, Oscar-contender reviews, as befits a harrowing true-story riot and its aftermath picture from the people who made “The Hurt Locker” and “Zero Dark Thirty.”

It was always going to be a hard sell, and $8 million or so seems its opening weekend ceiling, based on Thursday night/Friday ticket sales.

“The Emoji Movie” has no fresh kiddie/family film competition (“Despicable Me 3” is nearing $240 million) until NEXT weekend, and its still taking a dive — another $10 million putting it close to $50 ($47) by Sunday night.

“Wonder Woman,” Baby Driver” and “War for the Planet of the Apes” are losing screens and pretty much spent, falling out of the top ten this weekend after lucrative runs. “Valerian” may beat one of those three out of the top ten, thanks to it being a big time bust.