Movie Review: “Sleight” manages to misspell its own title 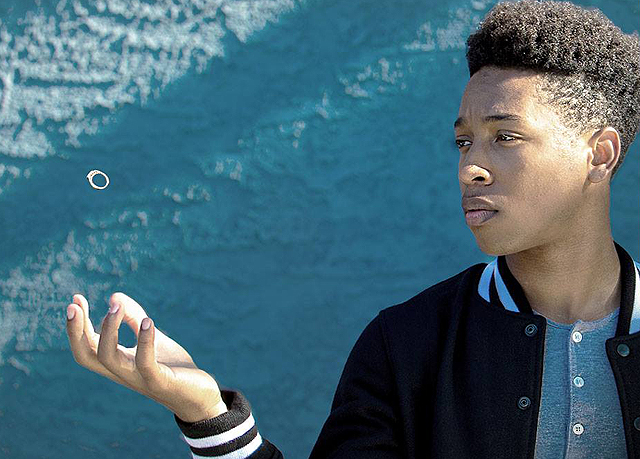 “Sleight” is a prestidigitation thriller that lives up to its title only if you misspell it.

It’s a smart kid drug-dealer trying to “get out” tale, slight in its ambitions, blessed by a charming cast but sorely lacking the magic — sleight of hand and cinematic — to let it come off.

We meet Bashir, “Bo,” via phone message. He’s just lost his mother, and a favorite science teacher wants him to know he can still take that scholarship and make something out of his life.

Cut to a year later, and Bo (Jacob Latimore of “Collateral Beauty”) has taken another path. He’s raising his kid sister (Storm Reid) and supporting their LA lives by any means necessary.

That means street card tricks during the day. The guy is a magician, making playing cards pop up on the other side of a glass store window, levitating golden rings and quarters and moving metal chairs.

But at night, Bo makes his real cash, selling and delivering drugs for the handsome charmer Angelo (Dule Hill, in a stand-out turn).

One of the women Bo plays tricks for, Holly (Seychelle Gabriel) appreciates his charms. She’s model-thin and pretty, the sort of LA college kid who uses “hence” correctly in a sentence. But she serves cupcakes at a bakery, and there’s a darker back story for her, too.

Not that Bo shares his own, or reveals where his cell phone calls that interrupt their every date take him. Angelo is dragging him deeper and deeper into the business. And Bo’s youthful amorality aside (selling Molly and coke to one and all, including his young peers), Angelo’s charm doesn’t mean he can’t turn on the sadism when his business is threatened by interlopers. 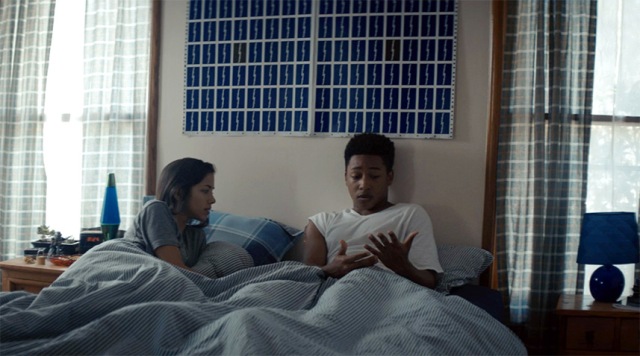 So here’s what writer-director J.D. Dillard sets us up for with this Sundance film. Young lovers, looking to get out, a murderous business entanglement, a hustler with “special” skills that he’ll need to get out of the upcoming jam.

“Any one can do a trick,” Bo intones. “But doing something no one else is WILLING to do makes you a magician.”

The young cast holds our interest, even though young Miss Gabriel’s character has taken on a “vocal fry” that grates, like being trapped in a Kardashian cook-out.

Toss out the implausibility of the red-flagged romance (she should be a lot of more suspicious and judgmental), the fact that anybody who’s been to the movies will see where this wish-fulfillment fantasy with a drug-dealing/violent edge is going, and “Sleight” still trips up over its own plot devices.

Making metal float in thin air isn’t impossible. But it can’t be a golden ring or a zinc/nickel/copper quarter. Not with magnets, no sir.

And since we’re never really sold on the notion that Bo has something supernatural figured out, that’s an Achilles Heel for a weary, conventional movie that doesn’t need any more big flaws.