Writer-director Shatara Michelle Ford’s debut feature is as sober a treatment of the “date rape” drug experience as the cinema has ever shown us. “Test Pattern” captures the “how,” immerses us in the “now” and shows us the lives brought to a standstill by the experience and the soul-crushing systemic failures of the aftermath.

What Renisha (Brittany S. Hall) sees in Evan (Will Brill) that first night at an Austin bar is anybody’s guess. She’s beautiful, put-together, with an electric smile and a ready laugh. And she’s just there for a girls’ night out, dancing and drinks.

But one look, one dance and awkward, underdressed, unshaven and slightly balding Evan has to have her number. Even though he has no clue how to go about it, even though his clumsy approach isn’t particularly charming, she consents.

An interracial couple is born. We see that first date, hear her ambitions and learn he’s a tattooist. But just as we’re underlining our “out of his league and class” biases, raising an eyebrow on the mismatch — which has a whiff of white privilege about it — Evan delivers one of those compliments that stick. He won’t hear of her belittling her hope to “help” people and society in a future job.

“I feel like you always know what you’re talking about.”

A doting love affair, with breakfasts of “Your favorite,” affirming “I love yous” in every good-bye, cohabitation, new “ink” and new braids for her and the supportive confidence that has her in a new development director job at a non-profit, they’re destined to be together.

And then “that night” happens. 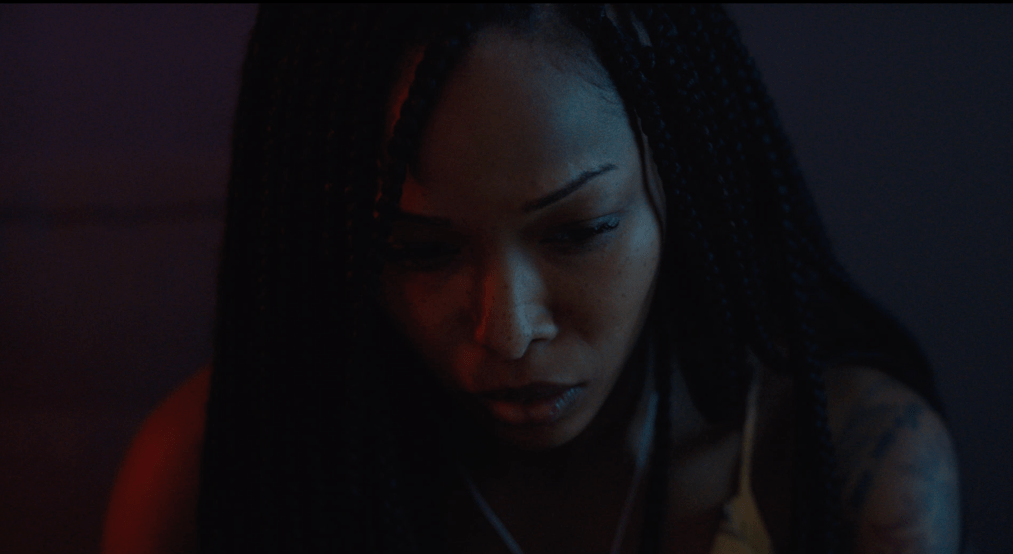 Ford takes great pains to show us ways you don’t need a “date” for “date rape” to happen. The way it plays out here is quietly heart-breaking, good judgement overruled by a pushy friend and the pushy guys whom the pushy friend doesn’t see as a threat.

Drugs are involved. Ford and her leading lady make us experience the dazed, reduced-capacity inability to respond and escape, the confusion and the guilt.

How will Evan respond to this test? How will “the system?”

Using flashbacks to show telling moments in Renisha and Evan’s relationship, Ford hints at the blur of emotions sweeping over her heroine. And Hall makes us feel much of what Renisha does, a wide spectrum ranging from embarrassed resignation to humiliation to frustration.

Ford has made a downbeat, realistic treatment of this subject that doesn’t have a built-in call-to-arms as part of its make-up. That’s implied. Nobody, no couples, should have to go through this.