Weekend Movies: Great reviews for “Southside with You,” “Don’t Breathe,” mixed ones for “Hands of Stone”

The Obamas’ First Date, aka “Southside With You,” is earning the best reviews of this, the final weekend in August. A sweet, smart and talky long afternoon turning to dreamy Chicago night, it’s a first-date romance the way Hollywood used to make them. Only cleverer, deeper, more political.

Either all movie critics are Obama liberals or this is a pretty good movie, now in limited release. I figure both are the case.

Equally lauded and limited is the fiercely funny Norwegian “comedy” “In Order of Disappearance,” a bleak and bloody and yet amusing tale of a snowplow operator Dad’s revenge as he seeks those who murdered his son. Stellan Skarsgard is way cool — no other phrase for it — as the dad. 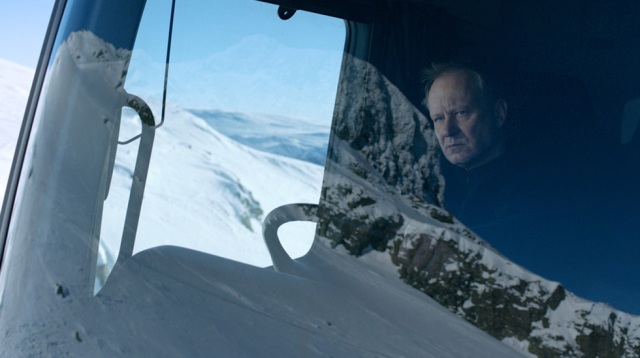 “Don’t Breathe” is the second solid and scary horror hit of the summer, a surprisingly effective chiller about robbers breaking in a blind man’s house, only to have the tables turn on them in the deadliest ways. Good to see Stephen Lang score a hit. Terrific reviews across the board, for this one.

Will Latin America and Latino Norte America turn out for “Hands of Stone,” a somewhat sanitized officially sanctioned bio-pic of the fighter Roberto Duran? It’s a decent enough genre picture, at least as good as the over-rated “Creed.” Edgar Ramirez is terrific in the title role, Usher Raymond good as Sugar Ray Leonard and Robert DeNiro holds it all together as the trainer who handled the Yanqui-hating Duran and gave him his best years. Mixed reviews for this one.

1 Response to Weekend Movies: Great reviews for “Southside with You,” “Don’t Breathe,” mixed ones for “Hands of Stone”