Best Movies of the Summer? 2016 produced some winners

This wasn’t a cinematic summer for the record books, or the memory banks.

Desultory sequels (“Bourne”, “Independence Day”), raunchy comedies that didn’t quite get there (“Mike and Dave Need Wedding Dates”) and their ilk dominated the season, in terms of conversation.

I preferred “Swiss Army Man” to “The Lobster,” “Maggie’s Plan” to “Cafe Society,” “Our Kind of Traitor” to “Jason Bourne.”

But a summer that produced a trio of not-half-bad horror hits (“The Shallows,””Lights Out” and “Don’t Breathe”) even as it earned billions off inadequate comic book movies, from “Captain America” to “Suicide Squad” and shruggable cartoons (“Finding Dory,” “Secret Life of Pets”) isn’t a total write-off.

So let’s remember the memorable and see what most of us missed.

“In Order of Disappearance” is a stellar Stellan Skarsgard vehicle, and that vehicle is a Norwegian snowplow. He plays a rural plow operator whose son is murdered, by mistake, by Norske mobsters. And he sets out (on his plow, sometimes) to get to the bottom of things and make them pay. The cops are clueless, the bad guys very slow to catch on to this existential threat in a snowsuit. Dark and bleakly funny, the best thriller of the summer. 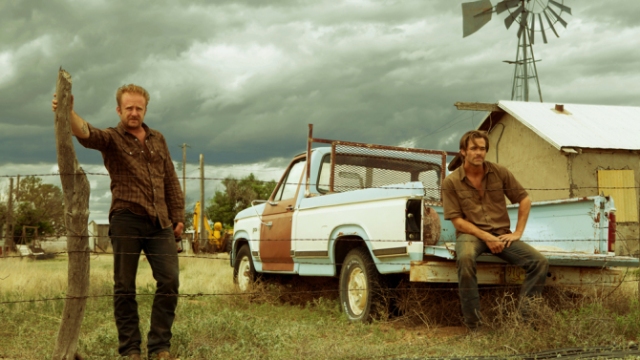 “Hell or High Water” is a terrific heist picture that almost takes the bad taste of this summer’s cinema out of your mouth, all by itself. Forget that Chris Pine was in the forgettable “Star Trek Beyond,” and that Ben Foster was wasted in the godawful “Warcraft.” They’re superb as bank-robbing brothers hounded by aged Texas Ranger Jeff Bridges. A sly commentary on the politics of despair and West Texas working class poverty.

“Anthropoid” didn’t earn the reviews it might have. A World War II story of fatalistic and in-over-their-heads Czech patriots planning to kill the Nazi overlord of their occupied country, its matter-of-fact screw-ups and mistake-prone heroes (Cillian Murphy, Jamie Dornan) make it almost documentary real. The little melodrama in it comes from real life, real history. Tense and terrific.

“Lo and Behold: Reveries of a Connected World” is Werner Herzog’s documentary amble into Internet history and the world it has made for us. The cinema’s great German philosopher finds loneliness, disconnection and despair, but hope and human progress in our newly-wired state. Weirdly wonderful, as most of his documentaries are.

“Kubo and the Two Strings” isn’t Animated Cinema’s Second Coming. It’s a stop-motion animated folk tale by Laika, the little studio that turned out “Coraline,” and it’s funny and action-packed and terribly touching. Did I mention beautiful? Gorgeous hand-made sets, computer-assisted puppet animation, a real wonder to behold. Pity people wasted so much money on “Pets” and “Dory.” This is better.

“The Phenom” is a somber, low-key baseball drama that frankly, has more to offer than this already forgotten baseball season. Ethan Hawke is the wayward dad, father to the titular “Phenom” (Johnny Simmons) and a one-time phenom himself. Paul Giamatti’s the shrink trying to cure the kid’s mental hangups and bad daddy issues. Surprisingly affecting, well-played and subtle.

“Maggie’s Plan” tames Greta Gerwig — a little — and offers showcases for Ethan Hawke and Julianne Moore in an ever-so-sophisticated love triangle set in New York academia. Winsome and winning, with a slightly bitter aftertaste. A Woody Allen comedy that has nothing to do with Woody, or the wooden Woody movies of today.

“Frank Zappa: Eat That Question” is a most revealing documentary that remembers the brilliant, biting and embittered musician who taught us not to “eat that yellow snow.” In vintage interviews dating back to Zappa’s precocious, attention-seeking youth, we get a feel for the misanthropic genius and his slow-to-sink-in music.

“Florence Foster Jenkins” is not just Meryl Streep’s latest tour de force Oscar bait. It’s a startlingly sweet remembrance of a woman with no talent, but with the money to pursue her dream of a life in song. Hugh Grant is the common law husband who feeds her delusions, Simon Helberg the piano accompanist who marches from incredulous to sympathetic as he keeps her in time (if not on pitch) and Christian McKay the New York columnist out to set Florence straight about her “talent.”

“Sausage Party” is a sly pitch for reason and atheism over superstition and irrationality masquerading as a dirty cartoon about filthy, sex-obsessed and pot loving weiners and the “buns” they’d love to score with. Easily the most surprising hit of the summer, a snarky sleeper with more laughs than the last three Seth Rogen movies put together.

Summer is over, in any event. The surest sign of that is the August release slate — more adult oriented comedies and dramas (“Florence,””Hell or High Water,” “In Order of Disappearance”) pouring out, all in anticipation of “Awards’ Season,” which gets underway in earnest in September.

Will any of these films be remembered when we start handing out the trophies? “Kubo,” certainly, “Florence” maybe, “Lo and Behold,” probably.