Movie Review: “Gleason” has heroes that aren’t the title character 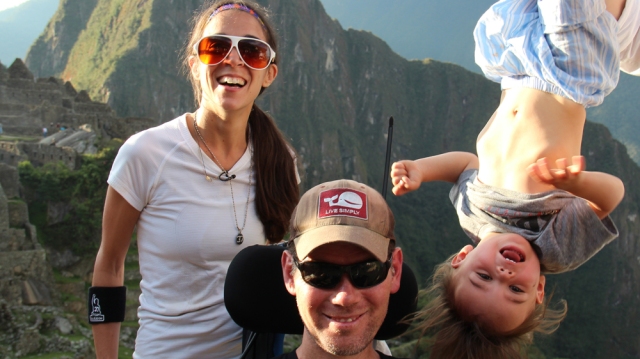 Steve Gleason is a smart, articulate and self-aware retired NFL star whose life on the field was defined by one play — a blocked 2006 punt that came to symbolize his team’s and his city’s comeback from the devastation of Hurricane Katrina.

It was his post-playing days life that raised his profile from New Orleans Saint punt-blocker to national spokesman for people, like himself, who suffer from Amyotrophic lateral sclerosis, ALS, the motor neuron illness that was named “Lou Gehrig’s Disease” after it killed the famed New York Yankee in the 1940s.

But as “Gleason,” a documentary built out of Gleason’s efforts to make a video diary for his infant that grew into a vivid study of the progression of this deadly disease and how a smart, thoughtful person reacts to it makes clear, the guy is no saint, no matter who he played for.

There’s something to be said for making a documentary about someone dying from a deadly disease, and not putting a halo on them or their noble suffering.

Refreshingly, for such portraits, Gleason and his wife Michel curse and struggle with his increasing dependence on her and other caregivers. They easily make scatological jokes when Steve loses control of his bowels and requires enemas. They weep as their struggle grows more overwhelming, as Steve tries to get across who he was to the son, Rivers, born in the early stages of the disease, growing up with a father who needs video to be able to pass along life lessons to a kid who will only know him as a dependent in a wheelchair.

We watch plucky Michel physically wear down from the demands of looking after Steve, and we see Steve deteriorate from the illness and the wear of starting a charity that lobbies Congress, raises cash for electronics that allow ALS sufferers to communicate when the illness has robbed them of speech and brings attention to the disease and to Steve, presented as a public face of ALS.

The folks he and his wife assemble and call on — Team Gleason — give you an appreciation of the burden this illness places on one and all. And it makes you shudder at what those who aren’t famous, aren’t well-off, must endure.

Look at the photo above. Is the average person facing the trauma, fatalism and expense of ALS going to Machu Pichu for photo ops? No. 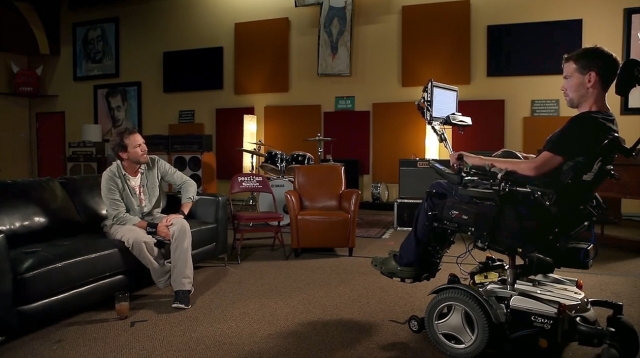 The Seattle native gets to hang with Mike McReady of his favorite band, Pearl Jam, and interview Dave Grohl. But when Congress lets Medicaid cut funding for gear that gives ALS sufferers a more complete life, Gleason’s charity steps in to fill the gap and his name goes on a bill that gets that funding restored.

Steve tosses around “hero” a lot, pondering what that means, and the film that Clay Tweel (“Finder’s Keepers”) assembled from all this footage, carries that question further.

The Saints unveiled a statue of Gleason blocking that punt a year after his diagnosis, six years after the block itself. Would they have done that without his illness, without the attention he determined to draw to it?

Gleason didn’t start the stunningly successful and far better known “ALS Ice Bucket Challenge,” he merely joined in and helped organize the New Orleans event that went for a “record” number of those dumping buckets over their heads for charity.

As Steve pursues a course that echoes his charity’s motto, “No White Flags,” we hear him talk about how others in his condition choose not to do this or that, to let their increasingly circumscribed, pain-filled and burdensome lives end. The implication? The real heroes are the ones who deal with the consequences of his struggle, his caregivers.

The film’s unblinking and unfiltered look at the indignities and horrors of ALS and its impact on a loving marriage is without parallel. Steve, communicating through a computer, criticizes his wife, tries to engage in discussions about his needs and all Michel can do is apologize and shrug it off.

“This is our life, this is what it is,” she says, stoically.

They are doing what thousands of others do, families without deep pockets, big support systems and cameras catching their every utterance, struggling to hang on — for a new treatment, for a possible cure, or for an end to their awful burdens.

“Gleason,” perhaps unintentionally, shows us that hope can be a heroic thing, but that real heroes are those who keep others’ hopes alive.