It’s too common to talk about “Oscar snubs,” as if Academy Award nominations are some sort of entitlement.

No talk, then, of “one last nomination” for Judi Dench (“Victoria & Abdul”).

Let’s forget about Hugh Jackman, who could have pulled a best actor nod for either of two movies, or the late Harry Dean Stanton, who could have collected a sort of honorary nomination for “Lucky,” a brilliant, sharply-observed curtain call on a great character actor’s career. And Josh Brolin, deserving for the quiet, manly competence of “Only the Brave.”

If you were going to burn an Oscar nomination on a film nobody saw and a performance worth recognizing, those three were far more deserving than Denzel’s inconsistent, off-key “on the spectrum” turn in “Roman J. Israel, Esq.”

Denzel Washington and Daniel Day Lewis, like Meryl Streep, are worth noting in everything they do, however.

And anything to avoid another year of #Oscarsowhite. 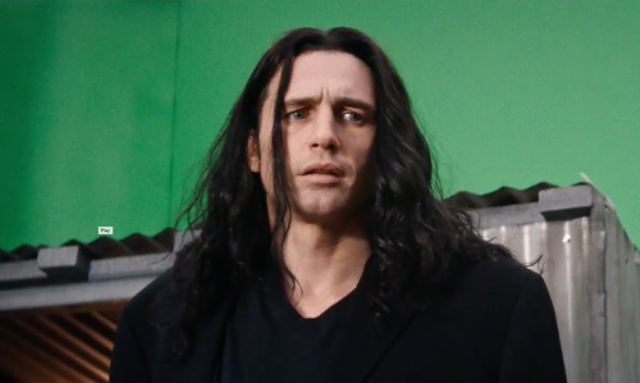 Speaking of political correctness, did you notice that “The Disaster Artist” got wiped off the map? A fun picture, good enough to merit maybe a nomination or three, but you treat women like dirt, you’re done. James Franco and Kevin Spacey and the pictures of Harvey Weinstein (“Wind River” was a top ten picture) learned that lesson.

Kate Winslet and the rest of Hollywood may finally learn the “Working for Woody Allen Won’t Ever Pay Off Again” lesson.

Somehow, the inappropriate sexual relationship at the heart of the tin-eared “Call Me By Your Name” got a pass. Apparently.

“Get Out” got more notice from the Academy than from the likes of the Hollywood Foreign Press, which is a good thing. Great direction, tight script. I’d argue with nominating Daniel Kaluuya, a best actor nomination in a fun, furious and eye-opening picture that stuck with me, though his performance did not.

“Blade Runner 2049” earned the technical nominations it landed. Nothing beyond those, also deserved.

“The Big Sick,” an indie phenom of the summer, was nominated for exactly the stand-out characteristic the film could rightly claim — script. Same with “Logan,” which could have landed Jackman an acting nomination. An adapted screenplay nod will have to do. 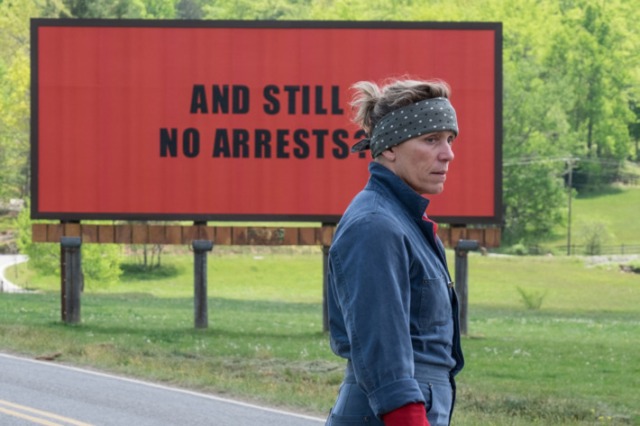 “Best directors direct best pictures,” so “Three Billboards Outside Ebbing, Missouri” may be a longer shot at best picture than you’d think. Nobody is calling “Call Me By Your Name” or “The Post” or “Darkest Hour” top dogs in the Oscar handicapping race. Leaving Spielberg out of this list suggests how much heat “The Post” has. None.

“The Florida Project” deserved a best picture nomination, but it’ll have to get by with a deserved Willem Dafoe honor, and that came because he’s an always-compelling supporting player and has worked forever. Indie Spirit Awards should be kinder to this one.

“Detroit” is nowhere to be found, a great chance to give another woman director the honor of a nomination. No, Patty Jenkins (“Wonder Woman”) and Ava Duvernay (“Mudbound”) didn’t get robbed. Those were grossly over-rated pictures. “Mudbound” in particular should inspire a “SERIOUSLY?” in any argument you get in. It looks like its title, and wallows along — a Netflix movie in every sense, and Mary J. Blige should count her blessings for a weak supporting actress selection (as usual, unfortunately). The cinematography nomination for this one seems laughable, but I guess “through the lens darkly” paid off.

“The Greatest Showman” could easily have been the tenth best picture nominee. No, it’s not a top ten movie, but neither is “Get Out,” “Call Me By Your Name” or the presumed favorite, “The Shape of Water.” “Only the Brave” could have earned a nomination in a less #Timesup year.

“The Shape of Water” leads all nominees, with 13. Hate to see it. Kind of a “Meh” picture for me, but that happens every Oscar nomination Tuesday. Not much blowback on this one, though the extra acting nominations seem an exercise in futility.

“Dunkirk” cleaned up in directing, editing, sound, score, etc. categories, but has no real traction from earlier awards, so Mr. Nolan’s film is set up to be a big loser on March 4.

That’s all right. They gave best picture to “Crash,” “The Artist,” “Moonlight” and “The English Patient.” We’re not exactly watching those movies, in awe or at all, a year or five years later, are we? That’s the real criterion worth weighing. Will it endure?  By that token, I’d say “Dunkirk,” “Three Billboards,” “Get Out” and “I, Tonya” stand tallest in this group.

And yeah, “The Boss Baby” deserved an animation nomination, just not more than “Captain Underpants.”

ACTOR IN A LEADING ROLE

Call Me by Your Name

ACTOR IN A SUPPORTING ROLE

All the Money in the World

ACTRESS IN A LEADING ROLE

ACTRESS IN A SUPPORTING ROLE

BEAUTY AND THE BEAST

HEAVEN IS A TRAFFIC JAM ON THE 405

ON BODY AND SOUL

from Call Me by Your Name; Music and Lyric by Sufjan Stevens

from Coco; Music and Lyric by Kristen Anderson-Lopez and Robert Lopez

STAND UP FOR SOMETHING

from The Greatest Showman; Music and Lyric by Benj Pasek and Justin Paul

CALL ME BY YOUR NAME

BEAUTY AND THE BEAST

GUARDIANS OF THE GALAXY VOL. 2

WAR FOR THE PLANET OF THE APES

CALL ME BY YOUR NAME

Written for the screen by Aaron Sorkin