Posted on September 20, 2017 by rogerinorlando 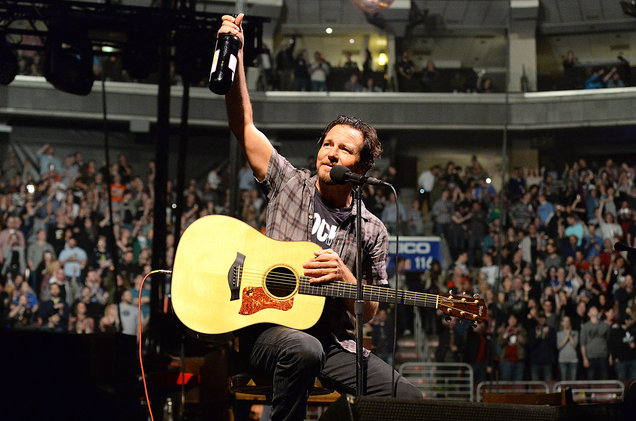 There’s a lot of Ferris Bueller to Pearl Jam lead singer Eddie Vedder. That only becomes clear in “Let’s Play Two,” the new documentary about the band’s triumphant performance at Wrigley Field as the Cubs were rolling to their historic World Series win in 2016.

Like Ferris, Edward Louis Severson grew up in suburban Chicago (Evanston, in his case). He loves loves LOVES those Cubs. And whatever else one thinks of the handsome, much-imitated baritone of the Last Grunge Band Standing, the Hall of Fame honored, defender of the Memphis Three, Ticketmaster-hating, selling out shows but refusing to “sell-out,” is surely the poster boy for “righteous dude.”

“Let’s Play Two” is another peak moment for America’s most popular stadium band. Photographer Danny Clinch and a film crew capture Vedder’s Chicago homecoming and the Seattle band’s victory lap in a city which helped nurture them as they were just breaking out in the early ’90s.

There’s backstage banter, a rooftop rehearsal/jam session at the popular Murphy’s Bleachers Wrigley-side pub and a lot of Eddie in Cubs gear, in the stands or in a sky box, diligently keeping a score card. He first visited the park “45 years ago,” when his favorite player was Jose Cardenal.

The concert footage, where the band runs through hits from “Jeremy” and “Better Man,” and much of their back catalog — “Hearts and Thoughts,” etc., isn’t really for the uninitiated. The live soundmix and Vedder’s plummy growl don’t let you decipher lyrics, if you don’t already know them by heart. 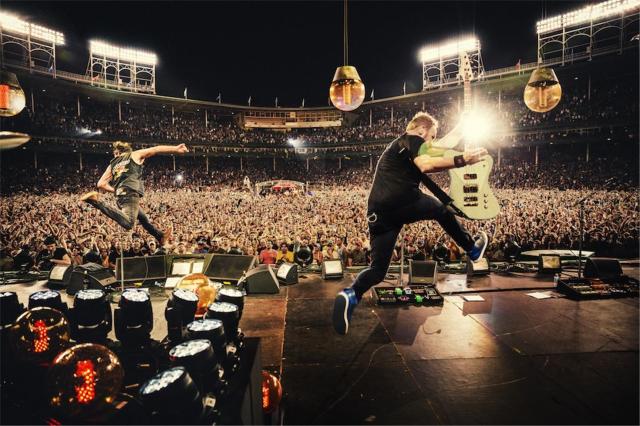 But the many tunes performed are intercut with snippets of the Cubs marching into the playoffs, through the playoffs and toward their first world championship in over a century. And nobody could be happier about that than Vedder.

“Let’s Play Two” doesn’t re-invent or for that matter add anything to the concert doc genre. But for fans, it’s a lovely time capsule, a bunch of 50somethings, still sporting the torn jeans and well-worn t-shirts, leaping about, playing with feeling and getting a joyous job done.

Righteous dudes, one and all.