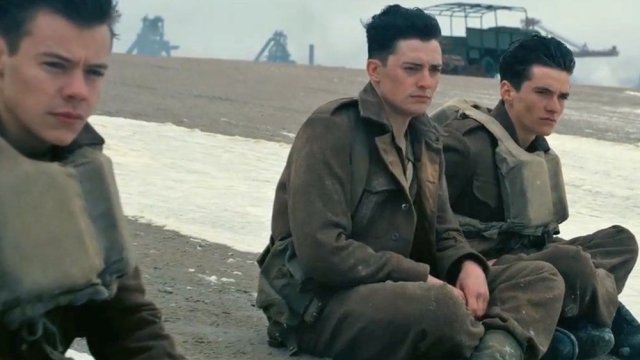 One of the stark ways this summer has schooled movie fans and movie reviewers is in the relative valuation of aggregated movie reviews, a hard lesson for sci-fi and comic book fangirls and boys to absorb.

Read the studio-culled blurbs and visit only Rottentomatoes.com, and you’re re-assured that this sequel, that re-boot or the “Alien” prequel is “The New Citizen Kane/North by Northwest/Godfather/Star Wars.”

And they get furious at this film which they’re eagerly awaiting is enjoying what they figure is its just desserts — unanimous acclaim.

Because they think they see just that —  on Rottentomatoes.

A whole range of reactions to “Wonder Woman,” which is an audience-holding smash, are reduced to “thumb’s up” (fresh tomato) or “thumb’s down.”

But this isn’t the greatest summer at the movies since the invention of summers. A quick visit to other aggregators — Metacritic, MRQE — proves it. “Wonder Woman” earns a still-healthy, but not-all-that “76” at Metacritic.

Metacritic, which takes reviews’ level of enthusiasm into account, is considerably more sobering. No, “War for the Planet of the Apes” is not a epic Oscar bait, “the movie of the summer,” any more than “Wonder Woman” or “Spider-Man” or “Alien: Covenant” are.

“Wonder Woman” can make that “movie of the summer” claim — it has legs. But reviewing’s pandering classes (TV show reviewers, fanboy site cheerleaders, USA Today, Rolling Stone) have re-used the phrase and emptied their quiver over such middling fare all summer long.

So look at Metacritic re: “Dunkirk,” opening this weekend, and “War for the Planet of the Apes” or “Valerian” (also opening this week). Whatever RT is saying, there are a lot of 2.5/3 stars out of four endorsements for some of these films. Good, or just pleasantly watchable. Not “great.” Not even close.

A shrug of the shoulders, an “OK time-killer” level of praise is the order of the day. “Valerian” in the 50s, “Apes” in the low 80s, “Spider-Man” in the 70s. Look at “Girls Trip,” which is raunchy, vulgar, rude and has the biggest laughs of any movie this year. It’s also misshapen, indulgent and shocking for shock’s sake — 88 on RT, a more “Yeah, it’s hilarious BUT” 71 on Metacritic.

Then look at the stand-out big budget picture of the season, “Dunkirk.” If you’re looking for a film with a shelf life beyond opening weekend box office, inclusive of but outside of measurable Redbox rentals or Netflix streams, this is it. Oscar potential in the fall? Yes. Still being watched in five, 10 years? Yup.

“Apes” could collect effects honors, but will anybody remember/re-watch it (other than in monkey movie binges on FX) in five years? Two?

If you go back to the spring and insist on Oscar worthy comic-book adaptations, I could see “Logan” getting Hugh Jackman into Oscar’s Final Five. But none of these movies have shown much in the line of staying power. That’s why we see the constant re-boots.

The rest? Much more disposable. Think of the times, if you’re over 30, you have to explain the merits of Tobey Maguire/Sam Raimi’s “Spider-Man” to somebody who is sure they’ve witnessed the Second Coming, starring Tom Holland and directed by whatever discount-price effects manager/director the studio hired whom few have ever heard of.

Most of the titles mentioned here either are hits or are sure to be. The “Apes” franchise is ending on an up note, though second weekends are always the most telling. “Spider-Man: Homecoming” fell off dramatically in its second weekend. The Newest and Greatest suffer the most when another Newest and Greatest of similar merits opens the next weekend.

So “Valerian” and even “Dunkirk” will suck audience away from the earlier July blockbusters. “Dunkirk” won’t make enough money to flip the filmthink dynamic. Directors USED to be valuable brand names the way pre-sold comic book characters have become, the way movie “franchises” have long been.

A blockbuster weekend for a thrilling, well-written and sensitively-acted re-creation of history, not involving aliens, vampires or wisecracking boys and girls in spandex posing in between digital fistfights? One can only hope.