Posted on August 8, 2016 by rogerinorlando 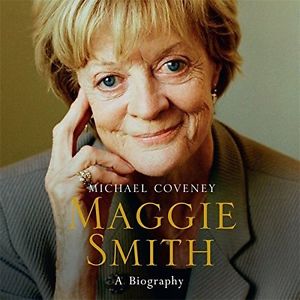 When British theatre critic Michael Coveney first published “Maggie Smith:  A Biography,” back in the mid-90s, he and she must have had every reason to believe he was summing up an acting life well-lived, and fully lived.

But that was before Harry Potter, and long before “Downton Abbey.”

Smith, who turns 82 in December, had a couple of Oscars and a celebrated status, built over decades on the London, Broadway and Stratford, Ontario stages, as one of the most magnetic actresses of her generation. She had gone toe to toe with Olivier and the lions of the British acting profession, co-starred with legions of the great leading men and made a dazzling mark in character leads from “The Prime of Miss Jean Brody” to “The Lonely Passion of Judith Hearn,” “A Room With a View” and even, opposite Michael Palin, in “The Missionary.”

A bit press shy, modest enough to avoid the very idea of an autobiography, she was lucky enough to have Coveney as her Boswell, a newspaper drama critic who has followed her work — mainly on the stage — since the early 1960s.

Years of interviews, the later ones facilitated by her worshipful late husband Beverly, who saw the need to have her life’s work immortalitized and appreciated, and tracking down folks who worked with her produced a delightfully thorough, if well-scrubbed, life story.

Coveney spends a lot of time appreciating her trademarks, the nuances of the wide range of performances she undertook in her prime — her first and second primes. There are plenty of anecdotes from friends and colleagues, capturing her droll off-stage wit, her skill and willingness to (quickly) deliver a put-down when she figures one is in order.

Olivier resisted working with her again after a few co-starring gigs in which he tried to dominate her and failed. But when he founded he National Theatre, he brought her in, intimidated or not. Maggie has had the last laugh, outliving Lord Larry and presenting wonderful work well past her “OAP” (old age pensioner) years, on TV, in films such as the one that inspired “Downton Abbey”, Robert Altman’s “Gosford Park,” and the Potter franchise, the Nanny McPhee sequel and this year’s “The Lady in the Van.”

Coveney glosses over Smith’s against-the-grain-of-her-era morality, taking up with married men, marrying her soul mate only because he was willing to wait out earlier marriages — hers and his.

He quotes from a Golden Age of British stage acting and British criticism in discussing her films and plays, and comes up with gems such as the reviewer who suggested her hands are “made of sand. They get into everything.” But it’s not a comic crutch if it works, pretty much every time. Even if she’s clinging to a cane to keep her from flicking those wrists hither and yon in “Downton.”

Smith has built a repertoire of fussy tics, gestures and dead-pan long takes which made her a comedienne in demand decades after Coveney’s “definitive” biography was published.