Movie Review: “I Am Eleven” goes where better, more focused films have gone before 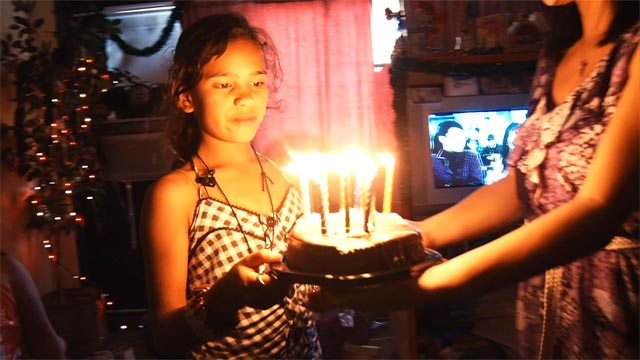 It took Australian journalist/filmmaker Genevieve Bailey six years of travel to 15 different countries, from Thailand to the U.S., Sweden to Morocco, to film “I Am Eleven,” her documentary about the state of eleven-year-olds the world over.
She wasn’t wasting her time. But diving into a corner of film in which Michael Apted’s “Seven Up Series” has long been the gold standard, with the award winning French documentary “Babies” (2010) coming out long before she finished hers, had to be daunting. She doggedly went on, filming scores of kids, more than 20 of whom her movie mentions by name.
“Eleven” turns out to be an overreach, with too many voices to be anything but superficial, too few (she skipped sub-Saharan Africa and Latin America) to be thorough. It never touches the heart the way those earlier documentaries did, even if it is informative and picturesque, as good travelogues always are.
She says in the film’s introduction that she was trying to capture the most magical year of her youth. At 11, she says, a child is learning about the ever-widening world he or she is a part of, and yet still can feel it’s “at our feet.”
“Are they having as much fun as I did?”
Then she visits an orphanage in India where the little girls are doing chores and taking care of the younger children at the home. They smile, shyly, and talk about their lives. But they’re more grateful to have a home, friends and a decent diet than concerned with “having as much fun” as Bailey.
Sihan, a girl in Morocco, takes coaching from her mother, off-camera, about the hardships of their lives (women “not allowed to work” and the men often unemployed). A stylish, introspective French kid, Remi, loves “snakes and I don’t like racist people at all.” Politically correct, even at 11.
Billy, the plump working class Brit, needs subtitles, partly because of his thick accent, partly because we learn he had learning/socializing issues when he was younger.
An Asian American smart aleck declares, “I’m going to be a tree for Christmas. Because we’re like, messed-up financially.”
Rika, the Japanese child, demonstrates the customs of her country and the pressures. She’s 11 and attending “two cram classes a week,” in addition to school, to prep her for all-important, life-altering exams.
Several children are of mixed race. Others are transplants, part of this era’s ease of movement. There’s a Swedish/Iraqi rapper and an Aussie kid living and working with a Thai one in an elephant compound in Thailand.
German and Georgian, Jewish and Aboriginal, none of the kids have anything important to say about religion, love and their hopes for the future. Because they’re 11. But Bailey asks them anyway.
The whole enterprise is beautifully shot, but feels haphazard with bits of back story filled in here, ignored there. She revisited some of the kids a few years later and we see how Grace, the British poetess is turning out, and how Sahin, the Iraqi rapper who talks a thug’s game, is settled into Sweden.
None of which adds up to much of a thesis, just an interesting skip across the surface of the planet and kids living on it.

MPAA Rating: unrated, would have earned a G or at most a PG.
Cast: Riko, Goh, Billy, Remi, Siham and many other children, age 11, from all over the world.
Credits: Written and directed by Genevieve Bailey. A Proud Mother/International Film Circuit release.
Running time: