“Time’s Up” for Franco’s Oscar chances? 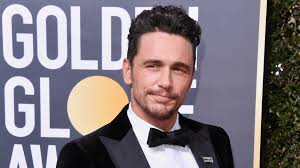 It started with Ally Sheedy tweeting in protest about James Franco’s Golden Globes win for starring in “The Disaster Artist.”

Then others came forward, alleging sexual harassment and coercion on film sets. And now the LA Times has chased down several actresses and former acting students of the twinkly polymath Franco, women who tweeted their outrage, etc. at his “win.”

And that may be that for his chances of competing for the Best Actor Oscar.

Franco has courted this sort of always-grinning, intellectual “James Dean Reborn” image as an actor, director, poet,  novelist, what have you. He’s even teased that he might be gay or bisexual as a way of adding to his mystery, his allure even.

But this? As much as I loathe the “Guilt by Accusation” nature of this Hollywood scandal, an all out “#Metoo” war against every offense (Matt Damon is right, there are “degrees” to who has done what) ever committed in an industry that traffics in sex appeal, where no one should show up for work blind to the historic “skin trade” nature of “getting ahead” in the movie business, anybody with multiple accusers cannot dismiss or explain away that. Franco’s peak moment may have been Sunday night, and his Frat Pack days may be over.

Nobody should have to put up with this. Whatever women figure Casey Affleck got away with before winning the Best Actor Oscar last year just multiplies the outrage and “Never again/Enough already!” sentiment that is carrying the day.

The ugly truth, hinted at by one of Franco’s accusers, that he wanted an actress to play a scene nude in one of his movies for $100, is that thousands of times a year, there are women who say “Yes” to that contracted deal. It doesn’t matter that virtually nobody who is “nude stripper/pole dancer #3” winds up as a star, women have  participated in this exploitation to the point where one actress saying “No” just means she’ll be replaced by one who says “Yes, this is my BIG BREAK.”

It’s not. Ask the thousands of women who turn up in such scenes every year, the obligatory “strip club scene” in virtually every crime thriller/cop movie, really just a “producer or director wants to check out/audition/coerce the ‘talent'” opportunity.

If everybody says “No,” thanks to the courage of the women who are now making themselves heard above the Hollywood hype machine, then we can say “Well, that moment changed EVERYthing.” If not, then all these “lads” whose mothers and fathers never taught them how to respect women (Miriam and Max, I’m looking at you), all these sick people drawn to the business for its predatory prospects, this frat house mono culture of men in leadership positions striving to attain those positions for their access to coercable women will continue as before.

Franco? I review LOTS of movies with a fellow who is something of a major movie star that make one scratch one’s head over his presence in them. It’s not just the “challenge”of an indie project, the generosity of lending his name to a tiny film that needs star power to get made, the ego trip of filming his own material or difficult to film literary adaptations.

Looking at him in this new, creeper light, I see all the starlets attached to such movies, the pretty young things in bit roles. Women he could pressure, threaten, lord over and have his way with?

Go on Netflix, check out the haunted bank thriller (HAH) “The Vault.” Tell me that’s not why he made that one.