So this holiday film season will get a nice goosing from “Doctor Strange,” Marvel’s origin story for another character in the Marvel universe, a spare-no-expense dazzler of the eye candy genre.

A desultory fall film season desperately needs this to be an “Avatar” sized hit, as nothing that’s been released since summer has ignited the box office. Several modest hits (“Accountant” chief among them, “A Madea Halloween” is the only other bright spot) and a lot of bombs means exhibition needs a winner, and “Strange” is that. Great reviews will help. Everybody but everybody is endorsing this one.

Will it make $80 million between Thursday and Sunday night? Box Office Mojo seems to think so. Box Office Guru thinks Benedict isn’t Box Office — $71 million opening for the 14th Marvel title to come down the pike. 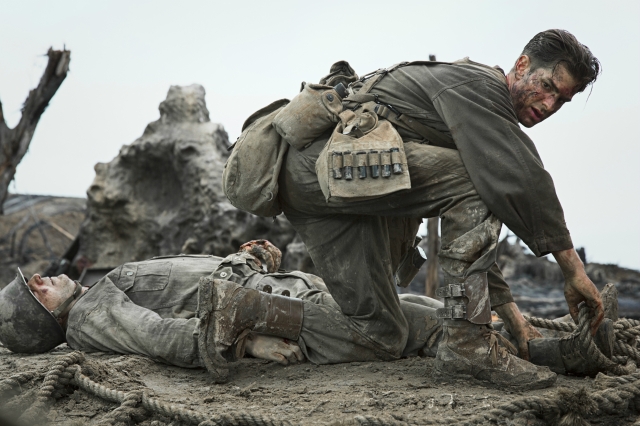 Mel Gibson has been marketing the hell out of his faith-based combat film, “Hacksaw Ridge.” Will his “Passion of the Christ” audience forgive him and show up? What about everybody else? Very curious to see if this one hits with an older, more anti-Semitism sympathetic crowd. Very good reviews will help and could signal Gibson’s behind-the-camera comeback. But $16 million, the high end of expectations (Box Office Mojo) or $11 million, the low end (Box Office Guru) won’t do it.

There’s a lot riding on every animated film to come out these days, and Dreamworks Animation can ill afford a flop. “Trolls” got better reviews from others than from me, a middling effort aimed at tiny tots with nothing absolutely nothing for anybody older than 6. It should earn $36-39 million, bettering “Storks” but not in Pixar territory.