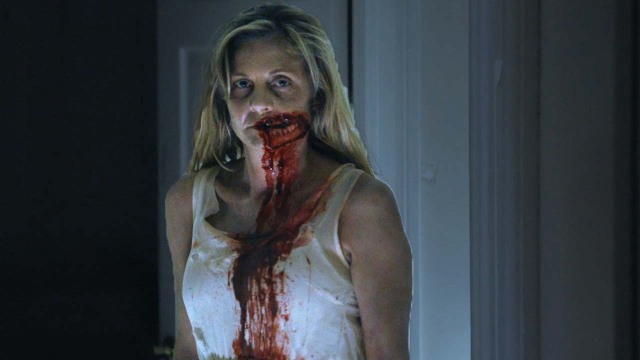 Most movie reviews treat you to that telling moment when a perhaps promising comedy, thriller or drama goes wrong. Unless, of course, the script, direction or performances never take a false step.
But it’s easier to talk about “Private Number” in terms of what goes right. Writer-director LazRael Lison misdirected muddle of a supernatural thriller somehow attracted has-beens Tom Sizemore and Judd Nelson into taking supporting roles. And Sizemore, at least, has something to play and something to say.
He’s the AA sponsor of the “hero,” Michael Lane (Hal Ozsan), a blocked writer who starts getting crank calls in the middle of the night, assorted voices waking him and his wife (Nicholle Tom) and asking, “Remember Me?”
Sizemore’s AA sponsor is convincingly compassionate. Maybe Michael is hallucinating this. Maybe it’s all in his head.
Lison (“Rift”) conjures up a tale of a novelist who wants “to be Steven King — I want to write like, 12 a week!”
But Michael’s first novel success — a story titled “Knight Fire” — is not easily repeated.
As he struggles to find his muse, to cope with a wife making motherhood suggestions, the character from that novel taunts him, the phone rings with those menacing, supernatural-seeming prank calls which caller ID says are a “private number.”
Nelson is the disbelieving sheriff .
“You’re not DRINKING again, are you?”
And the bottle beckons as Michael comes apart, straining to solve this puzzle, which takes him down a rabbit hole of conspiracy, violence and repressed memories.
The calls, and glimpses of gruesome apparitions in their house, aren’t chilling. The plot’s puzzle isn’t engaging enough to warrant solving. And the performances, save for Sizemore, are perfunctory and seemingly puzzled themselves.
So when “Private Number” calls, it’s best not to pick up.

MPAA Rating: R for violence, grisly images, and language including a sexual reference