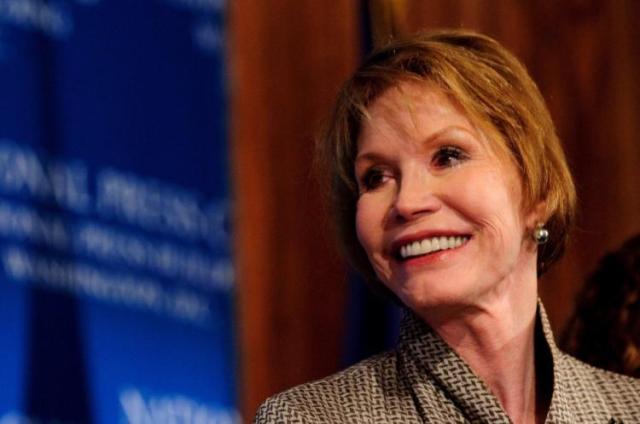 Yet another entertainment icon has passed. Mary Tyler Moore was 80. The cause of death wasn’t made immediately available, but she suffered from diabetes and battled brain cancer in recent years.

She made her mark on TV, starting with her “leggy” turn on “Peter Gunn,” breaking out as Laura Petrie on “The Dick Van Dyke” show in the ’60s, stepping out as a single woman/career woman/feminist icon in “The Mary Tyler Moore Show” in the ’70s.

She was hilarious when she needed to be, but the MTM Show let her play straight-woman to a legion of funny supporting players.

Moore didn’t make a lot of movies, “Ordinary People” was her outstanding big screen performance. But one of her more recent/ not-that-recent movie roles prompted me to get her on the phone to talk about what she found funny.

Why did she take on “Flirting With Disaster”? She wanted to work with Ben Stiller, Tea Leoni and most importantly, somebody a little closer to her age — Lily Tomlin.

We started the interview and she mentioned that, and blurted out — “Lily taught me something new on the set, how to BURP on demand.”

Before I could stop laughing at that, she followed, with perfect timing, “Wanna HEAR it?”

And before I could say, “That’s OK, Ms. Moore, Queen of Sitcom TV, I’m good,” she demonstrated.

And then gales GALES of laughter over the phone.

One of a kind.