Box Office: “Mockingjay” has the worst “Hunger Games” opening ever 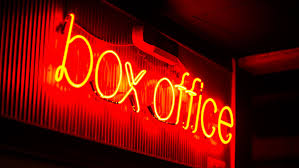 I told you it sucked. Word of mouth may be working against, the lingering bad taste of “Mockingjay Part 1” may have filmgoers leery.

And then there’s the matter of the audience aging and perhaps maturing out of the YA target range.

It is opening 33% below “Hunger Games” peak, which was the $158 million “Catching Fire” earned.

Yeah, stretching the last book into two films will pay off financially. But we knew the moment they split them that they would both fail, artistically.

The problem is one you can see with every successful TV and cable series — the staggering amount of filler, dragging a story out with weak, invented cliffhangers.

Anyway, $104 million is nothing to sneeze at.     (OK, it’s dropped to $102 million, based on lighter Saturday numbers as well). “Spectre” for lunch, wiping the James Bond film off the top spot.

“The Night Before” will manage only $10 million on its opening weekend. Reviews were not overwhelming, and it still feels a little early for a holiday picture. Better movie and better box office than “Love the Coopers,” but too soon, too soon.

“Secret in Their Eyes” will manage a barely respectable $7.5 million, based on Friday’s numbers.

3 Responses to Box Office: “Mockingjay” has the worst “Hunger Games” opening ever